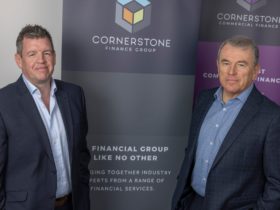 THE future is bright for global information provider GlobalX, formerly, LegalinX-7side, following strong growth after a major rebrand and a host of new recruits.

The company, which operates out of Cardiff, London, Brisbane, Sydney and Melbourne, has seen demand for its services soar since the business was acquired by GlobalX in 2011.

Now to be known as GlobalX, the company has recently moved from their home on City Road, Cardiff, to new premises in Churchill House, Churchill Way, taking 26 staff with them.

[aoa id=”1″]Relocating from the company’s Australian offices, Blake McCririck and Walid Hajj have been recruited as Software Engineers, while Jonathan Bennett joins as Digital Marketing Manager. Strengthening the property team will be Kayleigh Pole and Antonio Rastelli, who have been appointed as Property Search Administrators.[/aoa]

This string of hires is in addition to the recent hiring of Nikom Dupuskull and Yiping Zhang, who relocated from the company’s Brisbane office to work on developing new features for GlobalX’s ordering platform.

The recent investment in talent and branding is testament to LegalinX’s continued successes and growth, particularly within Wales. The company currently works with around 85 of the UK’s top 100 law firms and counts some of the country’s biggest named companies as their clients.

Mark Allwood, CEO, GlobalX, said: “To take on the GlobalX name is the next logical step for us as a company, and reflects our recent expansion and global presence.

“I’m also delighted to welcome another two colleagues from our Australia offices to the team here in Cardiff, who are working on some really exciting projects for the company.”

The company was also recently crowned winner at the Wales Legal Awards, taking away the gong for Services to the Legal Profession.