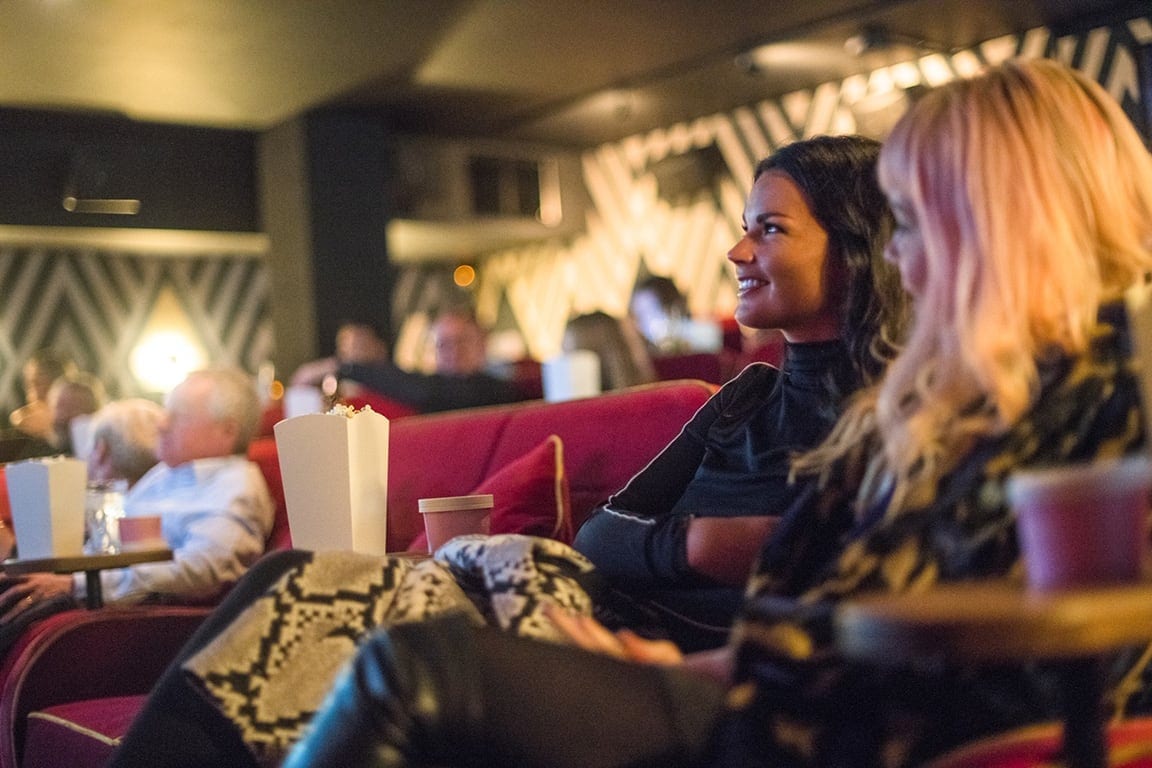 Boutique cinema to open in Cardiff Bay next week

Cardiff Book Festival took place over the weekend with a full programme packed neatly into three days at Jurys Inn. As you know, you should never read a book by it’s cover (couldn’t resist, sorry) and this book festival wasn’t just for book lovers. Sure there was a lot of literature to debate but there was also plenty of room for current affairs, comic book creation and even a chance for avid readers to think like a writer and contemplate their own novel.

This was the third year that Cardiff has had it’s very own book festival and it’s safe to say that it is well established. Naturally some talks were more popular than others, but with a fantastic range of genres, discussions, debates, book signings and the chance to put questions to the writers themselves – this was a fantastic weekend of insight, intrigue and delight in Wales’ capital city. So much happened over the weekend and here we focus on just two:

Is This a New Golden Age of Crime?
Earlier this year, crime fiction overtook general fiction for the first time as sales of crime novels in the UK has soared. This shift was no surprise having listened to a discussion between two Welsh crime writers: Amy Lloyd The Innocent Wife and Bev Jones Halfway. A truly fascinating insight into how both approach their writing and also how external factors such as the rise of crime documentaries on services such as Netflix has impacted the genre.

I come up with an elevator pitch, something that can be summed up in just three lines.. girl marries guy on Death Row.. guy is released.. girl was no longer sure he is as innocent as he once seemed. And then I grow it from there with a beginning, a middle and an end. I know what’s going to complicate things.. I know there will be an ending. That’s as far as I go.

How we consume the written word has changed tremendously due to technology. Whether a podcast, an audiobook or a show written for online streaming services. Hit true crime shows such as ‘Making A Murderer’, ‘Staircase’ and ‘Paradise Lost’ were all talking points throughout the discussion and a big influence in particular on Amy Lloyd when creating her first novel The Innocent Wife. The way we now consume content has changed. People once debated who should be evicted from the Big Brother house, whereas the reality TV of today is crime series online; and it’s taken very seriously indeed.

Completing their own research, fans get hold of police evidence and try to prove for themselves innocence or guilt. These discussions play out in online forums and consumption has become more and more intense and this change in behavior in particular; where we have got to the point when people find themselves writing to the President of the United States over something seen on Netflix is unique to our time.

That was more fascinating to me than the crimes themselves and what made me want to write the book in the first place. Because our strong emotional reactions to these things, just how involved more people are getting; completely normal women are marrying men on Death Row.

Another area looked at was mistrust of experts, which was an exciting topic to here dissected. Overall this was an eye-opener of a talk. Intense, insightful and chilling.

In some ways there is a distrust of technology now.

Russia: From Our Own Correspondents with Angus Roxborough and Trevor Fishlock

Apart from maybe Brexit is there any other topic more relevant today than Russia? The world has changed a lot but the complex situation with Russia has not. Here we saw two heavyweights of reporting take to the stage to discuss where reporting overseas has taken them; with the focus firmly placed on Russia. Angus Roxborough Moscow Calling and Trevor Fishlock Reporter.

Angus Roxborough has an obsession with Russian and it has become a huge part of his life, but he has fallen in and out of love with the country many times. He has lived there, he has translated Tolstoy, met multiple Russian presidents, was unsuccessfully recruited by the KGB and even expelled from the country. His first visit to Russia was as a newlywed during the height of the cold war. It was the darkest days of communism, and Angus expressed just how hard it is to imagine now how it once was; even though he himself experienced it firsthand. What was life like in the Soviet Union? It was a totalitarian regime and the Communist party had attempted to achieve total control over every aspect of everybody’s lives.

It ran the country and censured every piece of information that the citizens received through their newspapers, televisions and books.

Angus also served as a media advisor to the Kremlin, giving training to Valdamir Putin’s press secretary which was truly mesmerising to hear about. Angus also made comment on the different between reporting for a newspaper and for television. Covering many wars over the years he supplied raw insight into complex situations; where he found himself on the ground speaking to victims. These were terribly hard tasks, especially with a TV crew in tow.

In a war situation you can feel incredibly intrusive. In Chechnya I remember turning up at a village where the houses had been destroyed and family members killed. Distraught people at their wits’ end. And your job as a reporter is to show what has happened.

Trevor Fishlock took us through his journalism journey encompassing Russia, India, the USA and his first posting as foreign correspondent for The Times – Wales. It all started in a house without TV, where Trevor would focus on the words and stories that his parents would read in the papers of the day. He was devoted and eventually saw an advertisement in the Portsmouth Evening News for a Junior Reporter. Trevor has a real love of the press and still calls it Fleet Street, and even romanticised about the smell of printer’s ink; stories from a bygone age that felt like theatre to him at the time were described so vividly that you could, for a moment; hear the chatter of reporters, phones ringing out, crisp packets flying open and the tapping onto typewriters on the newsroom floor.

I loved the newspapers. I would lie on my stomach beneath my father’s chair and look at all the stories they had been looking at. Through that I weaved in this in key tag and the headline lingo of the time. That really got me going and I became not only a great reader of books but of also all the newspapers. And so by the age of fourteen I was imagining myself as an adventurer in the mystery of newspapers.

Trevor also talked extensively about his time in India and around some of his time as Moscow correspondent for the Daily Telegraph. When Trevor first arrived in Russia he spent time just watching people. Observing them, watching them getting married and so on. He said that this helped him to report their stories back home. He also found himself invited to a wedding in Siberia once, where he was asked to give a speech in English to a huge crowd; none of whom could understand English. He was told they will remember a toast in English all of their lives. That’s what they will remember – the Englishman who blessed their wedding. They will tell their children about it, and their grandchildren.

Although this was a look back at events in Russia, both books will without doubt enable anyone to better understand the current situation. Although it was conveyed how sad it was to see what had happened to local news recently; it was reassuring to hear that true investigative journalism is still very much alive throughout the world and will win through over FAKE NEWS!! A vivid, hopeful, enlightening, passionate and at times nostalgic discussion. A true pleasure.

Overall this was a fantastic festival of books, insight, discussion and debate. The organisers did a fantastic job in assembling a wealth of talent from across the literary spectrum. If you haven’t yet been – why not?