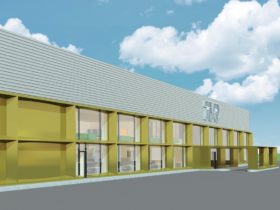 Mark O’Neill from Cardiff has been named one of Wales’ best construction managers for his outstanding work on a flagship city homes scheme.

[aoa id=”1″]Mark O’Neill, who works for South Wales partnership homes developer Lovell, secured a Seal of Excellence Award in the National House-Building Council (NHBC) Pride in the Job awards programme before going on to be named as overall Regional Award winner for Wales in the Large builder category. He now goes forward to compete against other Regional Award winners at the Supreme Awards event in January 2019.[/aoa]

The accolades recognise Mark’s superb work overseeing the construction of 800 homes taking shape at The Mill, Canton, West Cardiff, through one of Wales’ biggest regeneration programmes. They follow on from the NHBC Pride in the Job Quality Award which Mark, from Llandaff, secured earlier this year. Pride in the Jobis a UK-wide competition highlighting site managers achieving the highest standards. The rigorous awards judging process looks at all aspects of the management of a development including standards of workmanship, leadership and technical expertise.

Mark, who was presented with the Seal of Excellenceand Regional Awardat an awards lunch on 14 September at Cardiff City Hall, says:

“I’m absolutely delighted that the work we are doing at The Mill has been recognised by the NHBC judges. These accolades underline the high calibre of the entire project team and their commitment to building homes which people love as well as a community where they want to live.”

“Many congratulations to Mark on this amazing achievement. To see him follow up his Pride in the Job Quality Award with a Seal of Excellence Awardand the overall Regional Awardis a brilliant testament to the drive and expertise he brings to the job every day.  It’s thanks to the energy, commitment and professionalism of Mark and his team that The Mill is offering some of Cardiff’s most desirable new homes.”