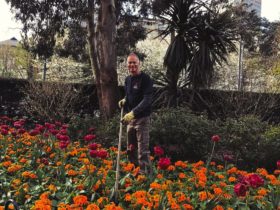 Two independent reviews have found that Cardiff Council is continuing to make improvements in key service areas and is jointly the most-improved Council in Wales.

[aoa id=”1″]When the Welsh Local Government Association compared all 22 local authorities in Wales whilst compiling their latest Public Accountability Measures, Cardiff Council came joint first in terms of areas where performance had improved. The Council also had the fewest number of indicators where performance had got worse. Cardiff Council is also meeting its requirements in terms of continuous improvement according to an annual report by the Wales Audit Office (WAO).[/aoa]

“It is great news we are the joint best performing Council in Wales when it comes to improving the services we offer. It is also worth stressing that for the majority of indicators we scored higher than the Wales average. Our position is testament to all the hard work that goes into embracing new ways of working and honing the services we offer to ensure that they’re as good as they possibly can be whilst also having to make some difficult financial decisions.”

As part of the WAO’s Annual Improvement Report, the Auditor General for Wales concluded that he was satisfied that Cardiff Council had “appropriate arrangements in place to secure economy, efficiency and effectiveness in its use of resources.”