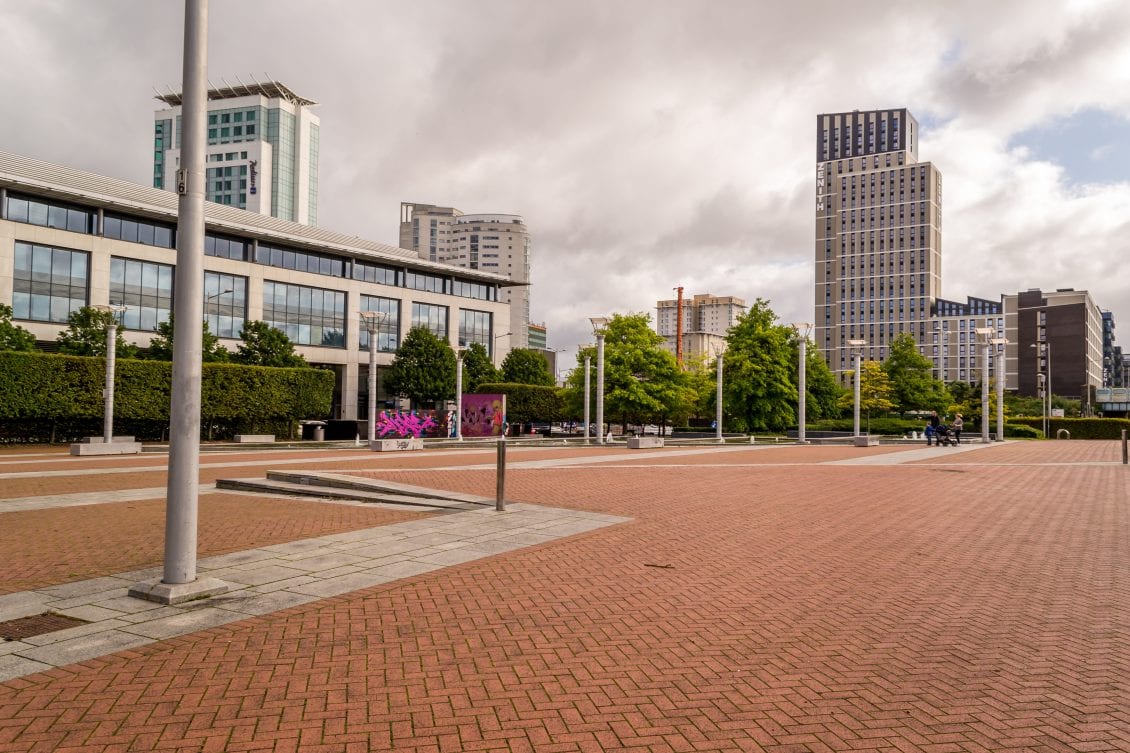 Councillor Dan De’Ath can count a number of impressive achievements during his time in office – including becoming Cardiff’s first Black Lord Mayor. But it’s the local changes he’s been able to implement as Councillor for Cardiff’s Plasnewydd ward that he’s proudest of.

Councillor De’Ath grew up in the West Midlands where his County Councillor grandfather sparked an interest in politics and current affairs. He said: “I grew up in a mining town near Coventry. It was very disadvantaged, but Royal Leamington Spa and Stratford upon Avon were just down the road, so I was always very aware of the gap between rich and poor. It spurred me on to want to make a difference.

“I fell in love with Cardiff when I came to visit a friend in my late 20s and moved to Roath. It’s my favourite part of the city – vibrant, multicultural and with a great community spirit. Over the past few years Cardiff’s population has started growing hugely. That growth was putting a lot of pressure on areas like Roath, leading to issues with affordable housing and waste collections.

“I found myself thinking “surely the Council could be doing more to tackle these issues”. After several years of living in Roath and grumbling to my friends and neighbours about the problems I was seeing, I decided to do something about it and run for office. I loved campaigning, going door-to-door, and speaking to my community about the things they care about. It gave me even more drive to work hard for them and make a difference. I was lucky enough to be successful and was elected to represent Plasnewydd in 2012.”

During his eight years in office, Councillor De’Ath and his colleagues have been able to address many of the local issues that motivated him to run for office, including improvements to waste collections and cleaning up Roath’s streets.

He continued: “When I was elected, Cardiff officially had the dirtiest streets in Wales. Anyone who lived in Roath or Cathays during that time will remember how bad it was. There were split bags everywhere, food would fall out and be left on the pavement for days after bin collections, it was awful. I could see it was having a negative impact on the community – it was affecting me as a resident too – so it was great to be able to improve things and toughen up enforcement. There’s still more work to do but it’s much better than it was.

“Roath is a really popular part of Cardiff for students and young professionals, and that helps to make it an exciting and vibrant part of the city. But the high number of houses of multiple occupancy (HMOs) in the ward was having a visible impact. I was really proud to help limit the numbers of HMOs in the area by working with Welsh Government to put in place regulations. We also worked with them to effectively ban the ‘to let’ signs that used to cover most streets. It’s made a huge difference to the look and feel of the area.

“I’ve also worked closely with the Made in Roath community arts group to help them temporarily take over disused local buildings for art exhibitions and performances. More recently, we’ve worked with the Council to redevelop the historic Roath Park House, which had fallen into despair, back to life and open a café and cooking school on the site.”

Growing up during the 1980s and 90s, there were few Black politicians to act as role models. There is still little representation today, with just 65 MPs from Black, Asian and Minority Ethnic sitting in the UK parliament. Councillor De’Ath is calling for more people from different backgrounds to run for office and help make politics more representative.

“I would encourage anyone who feels passionately about local change to seriously consider running for office. If I’d continued to grumble about the state of Cardiff’s streets instead of running to become a Cardiff Councillor, I wouldn’t have been able to help make the positive changes we’ve seen in our community over the past eight years.”

We all want to see positive change in Wales. And while it’s pointless muttering at the dog about the litter in your street – and moaning into your laptop isn’t going to increase local job opportunities – there are plenty of positive things that you can do to make a difference.

From voting in the Senedd elections to contacting your local representative and signing or starting a petition, there are lots of ways you can get involved in politics. You could even stand for election to represent your community.

For more information on how you can get involved, head to https://gov.wales/use-your-views.