Before and after: coronavirus empties Cardiff busy streets

A BAFTA award-winning south Wales creative agency has set its sights on growth through export sales, following increasing demand for its services overseas.

Cardiff-based digital marketing agency Atticus Digital, which specialises in virtual reality and 360˚ video production, has seen its export sales more than triple in the last four years, with exports now accounting for around a quarter of its business.

The company is now placing a drive on exports and has announced ambitions to double its exporting activities within the next five years as part of wider expansion plans.

The company exports to six countries around the world, with the USA, Singapore, Australia and the Middle East forming its largest markets.

The firm is now hoping to break into Japan as its next international market and is currently in talks regarding possible contracts with the Ministry of Defence with the help of the Welsh Government senior representative in Tokyo.

“Over the years we have developed our international order books and seen great results from these efforts. As a result, we are now looking to really push the export agenda and accelerate out international sales to help grow the business.

“There are plenty of opportunities for us to export our services. In particular, we are seeing growing demand for virtual reality in Japan and Singapore, with few companies producing content in VR and AR, especially for learning and development, so these countries are key targets for us.

“We are hoping to double our turnover in the next two years and exports will play a huge part in achieving this.”

Key to the company’s export growth, Atticus has received a range of support from Welsh Government, accessed through Business Wales, including help securing attendance at trade missions and key exhibitions, as well as general export advice.

Atticus is one of a group of Welsh businesses that recently exhibited at ConnecTechAsia, a technology trade show and conference held in Singapore, following support from Welsh Government. The largest trade show in Asia for the ICT sector gives businesses the opportunity to meet influencers and experts in disruptive technology from over 50 countries. The firm has also attended trade missions in USA, Australia, Singapore, Malaysia and Thailand, securing key contracts on the back of the visits.

Martin added: “Atticus continues to grow and is always looking to enter new markets overseas. As world leaders in creative digital marketing, we are always looking at the latest technologies which will allows us to explore even more opportunities to expand our export services abroad.” 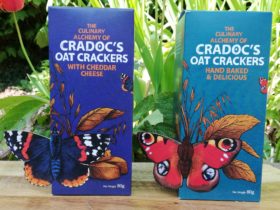 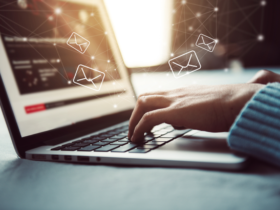