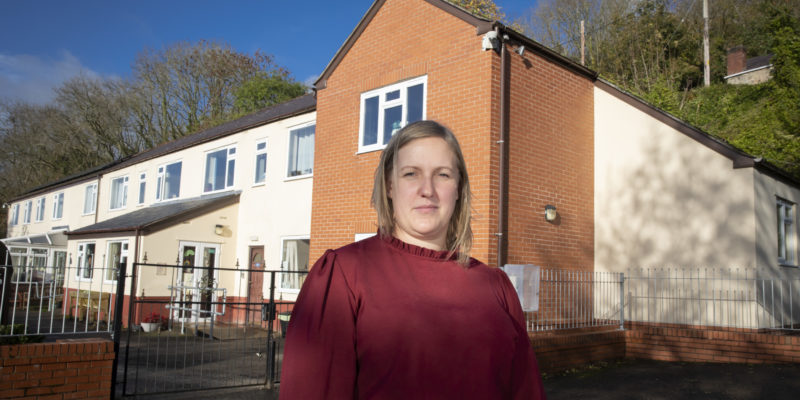 A care home boss has told of her despair after Covid testing failures forced her home into an unnecessary shutdown – twice in 13 days.

Clare Roberts, who manages Haulfryn Care Ltd in Cymau, Wrexham, said she had been living on constant edge since a night care worker had falsely tested positive for coronavirus two weeks ago.

It took a further five tests – one of which was another false-positive – before the employee was finally declared disease-free and the home’s red status could be lifted for the second time.

The distraught care boss said she had now lost faith in the system and has joined social care leaders Care Forum Wales in calling for an urgent review of testing procedures.

The organisation, which represents nearly 500 social care providers in Wales, has also launched a new campaign to Shield Social Care and Save Lives this winter.

Ms Roberts said: “The testing process we have to go through is currently not fit for purpose.

“We’ve flashed from green to red twice in just two weeks. The whole idea was to eliminate cases coming into the home through early intervention. Firstly, we’re not being given that chance because the results are not returning within the golden 48 hours – the boat has already sailed so to speak.

“Test results can take anything from 19 hours up to 125 hours which is obscene. Then, when they do come back, the results themselves are inaccurate. There needs to be an investigation.

“I need to manage faith in the system with my own team members when my own faith is diminishing daily. How can I sell it when I don’t believe in it myself? Are our negatives 100% reliable? It throws doubt on the whole system.”

The staff member, who showed no symptoms of the disease, had a routine test on October 6th as part of the weekly UK portal swab collection and was informed two days later the result was positive, forcing both her and her family to self-isolate.

Re-testing was undertaken via the portal October 9th and again a day later on October 10th by the health board and this time both results were negative.

The staff member returned to work and had only been on shift for three days when another routine Portal swab test on October 13th came back positive. Urgent re-testing took place on October 15th and 16th and both results were once again negative.

Currently, the Welsh Government Technical Advisory Group advises that a double negative reduces the likelihood of a false negative down to virtually zero, and staff members are regarded as safe to return to work.

It also estimates the rate of false-positives at nine in every 1,000 tests however some care bosses across Wales have reported considerably higher failures.

“What we do not want to do is ever become complacent,” said Ms Roberts.

“We take the necessary steps to make sure we are staying as safe as we possibly can but we are making judgements on false information. We still need to act in an appropriate way but that does have a detrimental effect on everybody around us.

“It has been really tough. I’m incredibly lucky with the team I have around me, they’re amazing. But, of course, they have been in this situation since March and it’s hard going on them. They do the hours that they can and they will cover but everybody has a limit.

“It can range from anything between 19 hours right the way to 125 hours to receive a result back – that’s obscene. It leaves you in a state of limbo.

“We’ve also actually got a huge issue with the residents’ wellbeing. The impact of having no visitors when the home is red is huge. Visiting arrangements are not ideal anyway because it’s outside but it’s something the residents’ need and look forward to. It has a big impact on their emotional wellbeing.”

A recent snapshot survey by Care Forum Wales, which represents more than 450 care homes, nursing homes and other independent health and social care providers revealed 29.6% of care homes who responded had experienced false-positive test results while 28.2% had waited for at least one result after seven days. In addition, more than half (52.1%) had experienced at least one inconclusive result in the last fortnight.

Chairman Mario Kreft MBE said: “As an organisation representing the interests of care homes across Wales we are extremely concerned at the prevalence of false-positives which is piling huge strain and pressure on the sector at a time when many homes are already on their knees.

“Inadequacy and inaccuracy have been running themes with Covid-19 testing and it is very disappointing that we are still no further forward, with homes continuing to face unacceptable delays in some cases to retrieve the results.

“The anxiety and dread that comes with a positive test result cannot be put into words, not to mention the headache of covering shifts for staff forced to self-isolate and the necessity of safeguarding residents.

“We are urging the Welsh Government, as part of their review, to urgently look again at testing performance and investigate the delays in results as homes prepare themselves for what will be a long and dreadfully difficult winter.

“A lot of people are trying their best but that’s not enough – we have to do what’s needed to succeed.

“Until there’s a viable vaccine, we have got to get the testing right so that care homes can continue to provide care safely and we can support the NHS

Ms Roberts said Public Health Wales had withdrawn offering re-tests for asymptomatic cases only to have them reinstated a few days later and voiced concern that the option could be withdrawn again, potentially forcing staff to stay at home while perfectly healthy.

“I provide care and support for 22 people with dementia, to not be given a chance of re-testing wouldn’t be fair on the people I’m supporting,” she said.

“The positive swab was one of the first ones we received as an organisation. We also had one other false positive involving somebody else who went on to have double negatives.

“For those few days you’re waiting for the result, you’re on edge to say the least. It’s hugely traumatic. Not only does the team member lose pay as we can only provide statutory sick pay, it has a knock-on effect on their family. Her son couldn’t go out to work and we had to cover her shifts.

“As soon as you receive a positive test you got into lockdown. These past two weeks have been very difficult.” 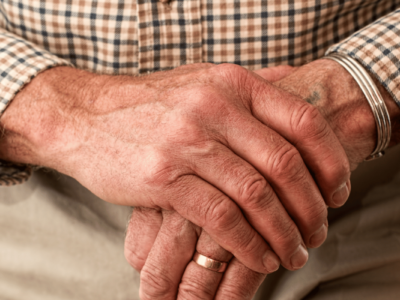 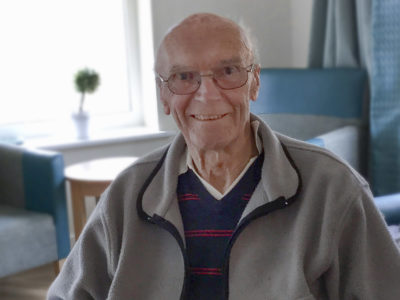 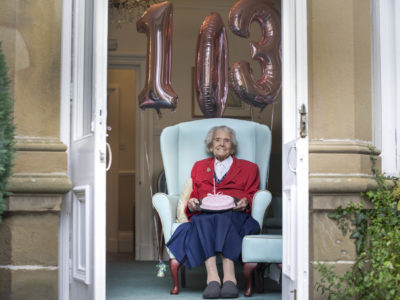