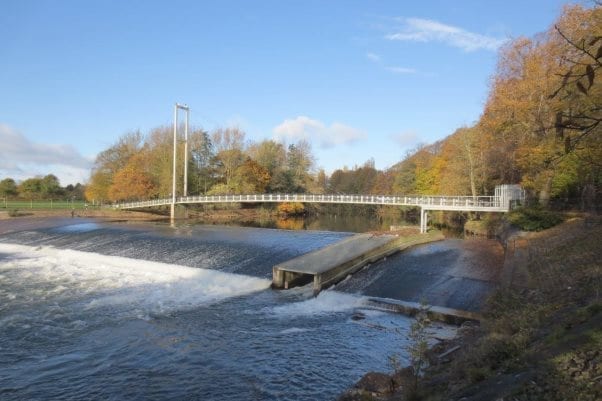 Cardiff and Vale College has celebrated the hard work, success and progression of its learners with a glittering awards evening – with more winners than ever before.

Hundreds of attendees from across the spectrum of local business, education providers and the community came to the lavish event. They joined friends and families of the 35 current and former students plus the College’s partner organisations who were recognised for their efforts and contribution to College life.

The ceremony was held in the stunning surroundings of the College’s City Centre Campus Atrium and was hosted by BBC, BT Sport and Premier Sport presenter Ross Harries. Showcasing the highlights of the 2017-18 academic year (see full list of winners, below), the awards also illustrate the unique experiences and progression opportunities that CAVC has to offer.

All of the students recognised on the evening have either won national or regional competition awards in their chosen disciplines; competed internationally and won; progressed into apprenticeships and employment with renowned local companies; gained places in subject leading universities or gained international sporting caps alongside their studies.

There were also learners that have travelled thousands of miles to study at CAVC; started off with very little English language skills or have had illness or personal challenges to face while studying. All succeeded and progressed.

“Every year at the College’s Annual Awards I am astounded by the hard work, determination and courage shown by our learners.

“This year was no exception. In fact, I think this year’s awards event has been the best one we have so far. Some of the stories we have heard have been just inspirational, exciting and motivational – what these amazing young people have done shows the differences colleges like CAVC can make.”

The standard of winners was so high that the overall Principal’s Award had to be given to two students: Bethan Hearne and Tom Lewis.

Bethan studied A Levels at the College and also won the General Education Award. Bethan was one of the College’s highest A Level achievers in 2017-18, attaining A* grades in Psychology and Biology and As in Maths and Welsh Baccalaureate.

“I was expecting this at all,” Bethan, who is from Penarth, said. “It was quite a shock but it was nice.

“I was quite a shy person who would kind of stick to the back of the class so it was nice to have to put myself out there and go through the application process so coming to the College was definitely beneficial for me. College helps you become so much more independent and it helped me to believe in myself, so if that’s what people need they should definitely come to college.”

The other winner, Tom Lewis from Maesteg, is an Electrical Installation Apprentice with Blues Electrical and he also won the Engineering Award.

One of the top three electrical apprentices in the country, Tom came third in the Sparks UK Electrical Apprentice contest in 2017. Supported by his employer Blues Electrical and his CAVC Lecturer Geoff Shaw, Tom was also selected for Team UK at EuroSkills in Budapest where he competed against some of the best apprentices and trainees in Europe.

Tom said: “I’ve over the moon – I didn’t expect to win these two awards to be honest with you so I’m very happy.”

The Construction Award was won by Nia Jones. Nia, a Level 3 Construction and the Built Environment student, demonstrated amazing initiative and focus on her future career. She attended CAVC Career Ready masterclasses and met regularly with her mentor, and was named 2018 Career Ready Construction Student of the Year.

Nia has now progressed on to a Level 4 Apprenticeship with Arup and is extremely dedicated to promoting the role of women in construction.

“I’m very grateful and I feel privileged and honoured to win this award,” Nia, who is from Bridgend, said.“It’s not often that women get recognised within construction.

“I’ve always wanted to be in construction; it’s kind of natural that I’ve gone into that industry. I’m currently in it now and I’m very happy where I am. I think people don’t realise how diverse it is.

“Construction is known as a male dominated industry when it’s not – it’s becoming female dominated. I’ve learned a lot of transferable skills and I don’t think I would have got my job if I hadn’t attended the College.

“Career Ready is a programme set up within Cardiff and Vale College – basically it gave us the skills so that when we left we would be ready to go into employment. We learnt life skills and employment skills with workshops. It was a really good way to network and learn how to communicate with fellow peers and future employers – we met a lot of future employers so it was really good and beneficial.”

The Foundation Studies Award went to Anthony Cox. Anthony started at CAVC on a Vocational Access course but was determined to progress on to Level 2 Sport, working extremely hard to do so.

His goal kept him focused through tough times and setbacks. Anthony played for the College rugby team outside of his lessons and through perseverance and willingness to learn, Anthony has now progressed on to his course, playing with the Cardiff Blues and he won gold in the UK-wide Inclusive Skills Personal Trainer contest.

“I just want to say thank you to all the staff that have helped me achieve my goals and all the coaches who also let me have the opportunity that I have today,” Anthony, who is from Cardiff, said. “What I want to do when I’m much older is to be a professional rugby player or be a personal trainer and help people improve their bodies like I have.

“The College has helped me amazingly. I don’t have the words to describe how much it’s helped me and I’m so happy that I’ve has this opportunity.”

A wide range of sponsors also supported the event, ensuring the College could recognise leaner achievement in style CAVC would like to thank Capital FM, Cardiff Metropolitan University, Circle IT and the University of South Wales for helping the awards be the success that they were.