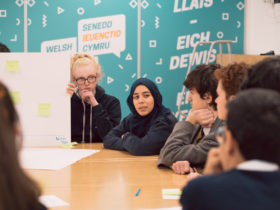 Three Welsh charities to receive a share of £1.2 million fund

Children with life limiting illnesses, including Duchenne Muscular Dystrophy and Goldenhar Syndrome, have enjoyed their very first family camp out.

The Ty Hafan Scout Group, which was the first hospice Scout group in the UK, took six Scouts and their families to Miskin Mill Scout Village on Saturday where they stayed until Sunday afternoon.

Ten-year-old Seth Burke who has Duchenne muscular Dystrophy attended with his two brothers, Reggie and Elyah, eight-year-old Christopher Jones who has Hypoplastic Left Heart Syndrome was also joined by his sister Bethan. Two-year-old Matilda Philpott who has Stickler Syndrome was joined by her 2 brothers, Oliva and Alfie, four-year-old Alice Haswell who has Goldenhar Syndrome camped out with her sister Scarlet, and 13-year-old Daisy Stacey who has Vacterl Association attended with her sister Molly.

The weekend saw the families take part in a range of activities from archery, crafts and pop rockets to laser shooting, fire lighting, bush craft and raft making.

The camp was a real Scouting first – the first time the referred children have been on a Scout Camp, something leaders have been hoping to achieve since the start of the Group.

Ruth Weltch, Group Scout Leader of the Ty Hafan Scout Group said: “The opportunity to regularly set up camp in the great outdoors is one of the main reasons young people enjoy Scouting so much and we wanted to give our children, who would not normally have the opportunity, the chance to take part in a weekend of outdoor activities and to sleep under canvas with their families.

“We have been overwhelmed and humbled by the amount of help offered by Leaders, not just from Cardiff and Vale Scouts but from other Scouting Areas in Wales. This reflects the scope of the hospice itself which is open to all children with life limiting illnesses throughout Wales.

“We have been able to give these children the opportunity to take part in activities not usually accessible to them and that we take for granted. It was an absolute joy to see them and their families take part in the weekend’s activities, seeing them smile and forget about their worries for a while was heart-warming.”

Lynne Phelps, from Ty Hafan, said: “The hard work, time and effort put in by the Scout Group since its inception has been truly amazing. The Group has brought so much happiness to the hospice and given the children referred to us an opportunity to take part in activities with their families that they wouldn’t have had access to if it wasn’t for Scouts.

“The group has had a really positive impact not just on the children in our care, but also their families and our staff. We really can’t thank the Ty Hafan Scout Group enough.”

The Ty Hafan Scout Group was set up on the Scouting Centenary in 2007 for any child referred to the hospice along with their siblings, parents and family, to spend time together having fun and making memories. 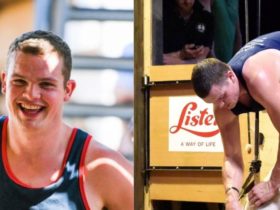