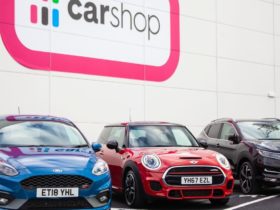 Bethan Evans is among four nationwide partner promotions at Clarke Willmott, which has seven offices across England and Wales.

The promotions follow continued growth at Clarke Willmott, which has also seen the recent relocation to new offices in London and Manchester to support this growth as well as recent and planned lateral hires.

A member of the Cardiff banking and finance team, Bethan Evans joined Clarke Willmott in 2016 after working at a major international firm for a number of years. She specialises in all areas of lending, and has acted for national and international lenders throughout her career, particularly in relation to corporate and property finance and project financing.

“I am delighted that we have internally promoted four of our team to partner. Individually they have demonstrated excellent commitment to their clients and the firm.

“Their promotion comes following a strong year for the firm. We will announce our results later in the summer, but we enjoyed good revenue and profit growth whilst continuing to invest in the future of the business.”

Clarke Willmott LLP is a national law firm with seven offices across the country, including Birmingham, Bristol, Cardiff, London, Manchester, Southampton and Taunton.