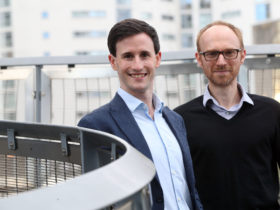 Six rising stars of Cardiff’s music scene have been picked to battle it out at the Big Gig final, in front of a panel of influential industry judges.

On Saturday 15th February Clwb Ifor Bach on Womanby Street will host a night of music showcasing the diverse range of talent in the city, ranging from high-energy punk, to R&B and experimental pop.

With the winner getting a coveted spot on the bill at Sŵn Festival 2020 and recording time at Music Box Studios with legendary producer Charlie Francis, and the runner up taking home a £100 voucher for music shop PMT, the Big Gig is a big opportunity for local musicians to raise their profile.

For fans of Explosions in the Sky and Mogwai. Nominated for Best Album at the Cardiff Music Awards, and twice voted band of Hub Festival, post-rock band Aaronson regularly make sounds across the south.

Inspired by choral music, folk and indie, Ailsa Tully creates a distinctive sonic world with her all-female band, often exploring her experiences of being a woman. Ailsa has been featured on BBC Radio Wales many times, toured Italy, performed throughout the country, including at Green Man Festival and the legendary Ronnie Scotts.

Six-piece psych rock band Bloodshots have been gigging in Cardiff and the surrounding area since August 2018 in venues such as the Moon, the Globe, Clwb Ifor Bach and LePub. In September the band expanded their sound, adding two synth players to their line-up.

Blueyute is a Cardiff based Urban R&B Artist. BBC Introducing affiliated, he writes, produces and performs his own music using a SP-404 Sampler.

The project of singer/songwriter Lloyd Best, Deadmethod’s music plunges into the depths of dark, experimental electronic pop as he explores sexuality, homophobia, love and loss with sobering honesty and poetic flair. Part of the Forte Project in 2018, Deadmethod supported Public Service Broadcasting and 65 Days of Static.

Nigel are a high energy punk act with groovy basslines. Unique, with influences from grunge, punk and metal, to indie, jazz and blues, Nigel have been filling out headline shows in Cardiff’s clubs of and have supported bands such as Pizzatramp, Wonk Unit and GBH.

Cabinet Member for Culture and Leisure, Cllr Peter Bradbury, said: “The exposure and prizes that come with the Big Gig could make a real difference to artists at the start of their career. But the Big Gig isn’t just a great opportunity for the city’s musicians, it’s also a great chance to hear new music.

“Cardiff’s music scene is a big part of what makes Cardiff such a great place to live. There’s a lot of creativity and a lot of talent out there – couple that with the establishment of the city’s first music board and it’s a really exciting time to be involved in music in Cardiff.”

Tickets for the final, which takes place on Saturday 15th February, cost £5 and are available here. 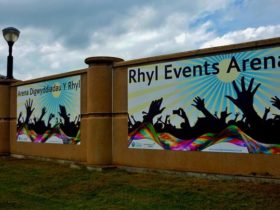 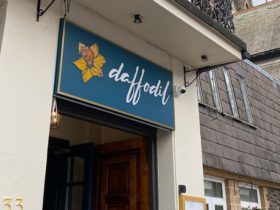