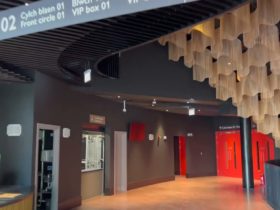 Defibrillators, community good causes, food banks, and road improvements are in in line for a little extra help from councillors in the coming years.

All 75 Swansea councillors are entitled to a £15,000-a-year community budget to spend enhancing their ward areas during their five-year term of office.

The kinds of projects they’ve got involved in in the past have included life-saving defibrillators in community locations, bus shelter repairs, donations to local schools and community charities, minor footpath or road improvements and spending on floral displays.

And, on top of that, councillors in multi-member wards have had the chance to join forces to work on bigger projects to benefit residents, including laying on community Christmas events, fireworks displays and community celebrations.

Cabinet has agreed to renew the community budgets scheme for another five years following the recent local government elections.

A report to Cabinet this week set out wide-ranging criteria to cover what councillors can spend the allowance on.

The scheme has been running since 2017 and in the final round before the last elections almost all the money allocated to councillors for their local good causes had been spent.

Andrew Stevens, Cabinet Member for Environment and Infrastructure, said: “Over the past few years councillors have worked really hard in their communities to make the community budgets they receive go as far as they possibly can.

“The funds make a significant contribution to small-scale projects that make a big difference to the look and feel of their communities. Quite often the projects are suggested by residents themselves and it’s the local members that help make the ambition a reality.”

Cllr Stevens said: “Part of a councillor’s role is to be a community champion for their area. Community budgets have enabled them to give a voice to local residents and provide support for projects they want to see succeed.”