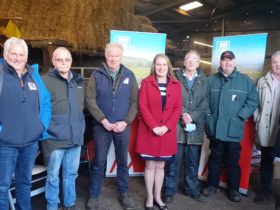 Continued delays to the introduction of EU import checks are a risk to biosecurity and put Welsh farmers at a disadvantage, Rural Affairs and North Wales Minister Lesley Griffiths has warned.

In a letter to the UK Government the Rural Affairs Minister has outlined the Welsh Government’s concerns on the impact of the further delay to import checks, which were due to begin in July.

In the letter the Rural Affairs Minister outlines the importance of high levels of biosecurity in order to protect from animal diseases such as foot and mouth.

The Minister said: “Continued delays to the introduction of EU import checks are a risk to our collective biosecurity, a risk which grows with time. The lack of access to EU traceability, disease notification and emergency response systems further compounds this risk.

“I am very concerned the farming sector in Wales will be disadvantaged and there will not be a level playing field for Welsh producers, who are subject to costly and time-consuming EU export checks and regulatory requirements, whilst their EU competitors continue to benefit from the lack of any such regulatory checks.

“I also share concerns voiced by the British Veterinary Association in relation to risks of incursion of exotic diseases to this country.”

The Minister emphasised the importance of addressing biosecurity issues on a GB-wide basis.

She said: “Given the uncertainty following the UK Government’s announcement, we need our officials to urgently work together to collectively agree a risk-based approach to managing biosecurity risks and take policy decisions on public, animal and plant health issues affecting the UK as a whole.”

The Minister also reiterated the protection of biosecurity is a devolved matter and, whilst a GB-wide approach is preferable given diseases do not respect borders, the future borders regime to protect public, animal and plant health must meet the needs of Wales.

The Economy Minister Vaughan Gething has also written to the UK Government to call for Welsh Ministers to be fully involved in discussions on import controls.  He also reiterated that any expenditure on border controls following EU Exit should be funded by the UK Treasury. 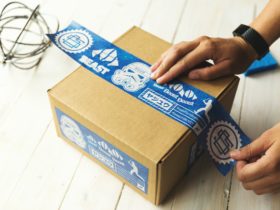