CITB’s annual migration report has revealed that the number of migrant workers in construction continues to fall significantly.

This is at a time when the industry is experiencing a sharp rise in the cost of materials, wages, and an increase in demand for workers, Migration in UK Construction 2021 found.

With output growth at its highest level in almost 25 years, the industry is finding it difficult to cope. This is partly due to the number of construction workers who left the UK since the EU Freedom of Movement ended.  Additional pressures experienced because of the pandemic have seen even greater numbers leave and not return. These factors coupled with the surge in demand since Covid-19 restrictions have eased have left the industry under pressure.

Key findings from the research showed:

The research found that many employers are simply not engaging with the Points Based Immigration System (PBIS) licence scheme to enable them to hire non-UK born workers, particularly SMEs. In addition, several large and medium sized employers were concerned that some skilled trades were not accessible through the skilled worker visa including dryliners, asbestos workers and insulators.

One construction employer in the south-east of England told researchers: “The impact will be that I can’t take on as many jobs and I’ve got to let my clients down. I’ve already turned down three jobs this week, and we never turn away work…I think that’s going to be the reality going forward.”

“The transition out of the EU and into a new immigration system was always going to be difficult and the pandemic and interrupted supplies of materials has intensified skills and cost pressures. We know that developing homegrown talent will be at the heart of addressing these skills challenges and that government is taking action to grow apprenticeships and to get more college students into construction jobs.

“Employer investment in key skill areas such as apprenticeships is recovering and should improve further in 2022. But for many, their struggle to deliver on the current workloads is hampering their ability to free up time to invest in training just when it’s most needed.”

Brian Berry, Chief Executive of the Federation of Master Builders (FMB), said:
“The fall in the number of construction migrant workers over the last three years is not surprising and helps to explain why many small construction companies have had to turn down jobs because of the lack of available workers. At a time of rising demand in the construction sector it is imperative that more home-grown talent is developed. Unfortunately, this is not an easy fix which is why the building industry will continue to experience an on-going skills problem over many years.” 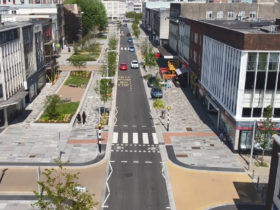 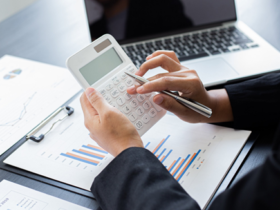