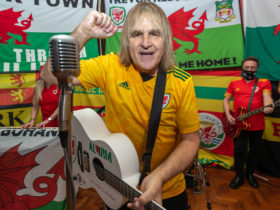 The future of one of the oldest knock-out football competitions in Wales has been secured thanks to a new sponsorship deal.

[aoa id=”1″]Wrexham-based Rawson Digital, which also has an office in Dinorwic Marina, Y Felinheli, near Bangor, have been unveiled as the new backers of the Elias Cup, one of five high profile tournaments organised by the Lucas Oil Anglesey Football League.[/aoa]

The silver trophy was donated to the 120-year-old Anglesey League more than 90 years ago and is currently held by one of its newest clubs, Arriva Bangor, who only joined the league last season and beat Bodorgan on penalties in the final at Holyhead after coming from two goals down to draw 2-2. First round matches in this season’s contest have just taken place and the final will be held in May next year.

Dennis Bryant, who has been chairman of the league for more than 20 years, said: “Without the support of sponsors such as Rawson Digital, we simply wouldn’t be able to survive.

“It means everything to us and it’s the reason why we are able to keep holding these events which mean so much for the clubs involved.

“The atmosphere and thrill for the players when they end up playing in the latter stages and finals of these tournaments is fantastic to experience.

“It gives us all such enjoyment for the game and gets everybody motivated and hyped up. They are terrific occasions.

“The money from Rawson Digital pays for all the medals for the winning team and runners up, match officials for the games and whatever is left over, we will put towards the hire of the ground for the finals.”

Vaughn Rawson, Managing Director of Rawson Digital, said: “We are keen to develop our ties with the communities close to our office in Y Felinheli which we opened up just over a year ago.

“I am proud of the firm’s North Wales roots and as we continue to expand, it is important to the whole Rawson Digital team that we show our support to local organisations such as the Anglesey Football League which does so much to foster grassroots football.”

Rawson Digital Regional Sales Director Arwel Griffiths added: “Without dedicated people like Dennis, these important community sporting organisations would not survive and I am pleased we are doing our bit to help make their job that bit easier.”

Rawson Digital has a 15-strong team which supplies and maintains photocopiers, printers and other associated equipment to companies across North Wales and the north west of England. It currently has more than 1,000 machines out in use and has a thorough after care service to ensure their customer’s copy needs run as efficiently as possible.

Now turning over £2.4m, Vaughn, who lives with his family in Gresford, started the company from a back bedroom at home almost six years ago. 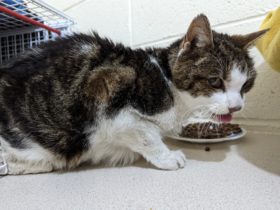 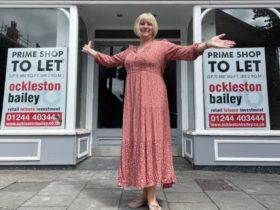