Some worked through the weekend after Dawnus – main contractor on the £12m Kingsway transformation programme – entered administration last week.

Council leader Rob Stewart said: “Behind the scenes, our main focus is getting a new contractor on board as quickly as possible. We want to get on with completing this much-needed regeneration scheme. Discussions regarding a new contractor are progressing well and we hope to make an announcement soon.

[/aoa]“In the meantime, council staff continue to ensure that this complex high-profile site is safe. Some defect work has been carried out, including pothole repairs. There will be much more to come in the next few days and weeks.

“The importance of such a key scheme in the ongoing regeneration of our city centre cannot be underestimated and that is why some works have recommenced immediately. Progress will continue.”

The council stepped in last week when it became clear that Dawnus was to enter administration.

Cllr Stewart said: “This transformational scheme will make The Kingsway more people-friendly and better than ever for road users – it’s vital to our on-going plans to regenerate the city and local economy. We will ensure the scheme is delivered.

“Work on The Kingsway came to a sudden stop on site last week. We immediately started considering our options for delivering the project in the absence of the main contractor, and we took control of the site.

“There are a number of legal, financial and technical issues related to appointing a new contractor – and we are determined that this important scheme will be completed as planned.

“We are taking all the necessary steps to resolve the issue as quickly as possible. That includes remaining in discussion with the supply chain.”

When completed the Kingsway will be transformed into a city park, incorporating new public areas, with much green space, street trees and enhanced pedestrian and cycling routes.

The existing two-lane one-way vehicle route will become two-way on The Kingsway and Orchard Street, with some neighbouring streets also becoming two-way.

Construction work will include the creation of new public spaces and a “pocket park” at the top of Princess Way, with around 200 trees being planted over the life of the Kingsway project. 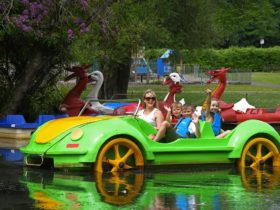