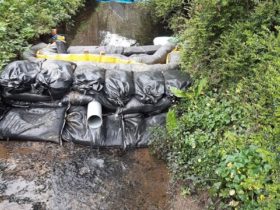 The dedicated staff of Sony UK TEC have been recognised at a prestigious awards night for their hard work over the combined total of 875 years’ service.

41 members of the Pencoed factory were honoured last weekend at Sony UK TEC’s annual Long Service Awards, a credit given to those that have been with the company for over 10 years of service.

The awards night, held at Pencoed House, was an evening of celebration for the devoted members of staff whose career milestones were commended.

Neil Andrew Davies, from Maesteg, was commended for his loyal service having worked at the manufacturing giant for over 40 years. Meanwhile, Henry Tsui, who works in the compliance team, reached 35 years of service this year, a feat also accomplished by Sony UK TEC’s Managing Director, Steve Dalton OBE.

On the night, staff and their partners enjoyed a drinks reception, three-course meal, and entertainment – including a magician, photo booth, and live music throughout.

He said: “This year’s award-winning staff have devoted a combined total of 875 years of service to Sony UK TEC – which I’m sure anyone would agree is admirable.

“Their dedication to the company and endless hard work have helped to shape the facility into the world-renowned business it is, and for that we can’t thank them enough.

“We have heavily invested in the growth and progression of our staff, so to see that nine members of the team have been with us for over 30 years is incredible.

“I would like to congratulate each of them again on behalf of the company for reaching these impressive milestones.”