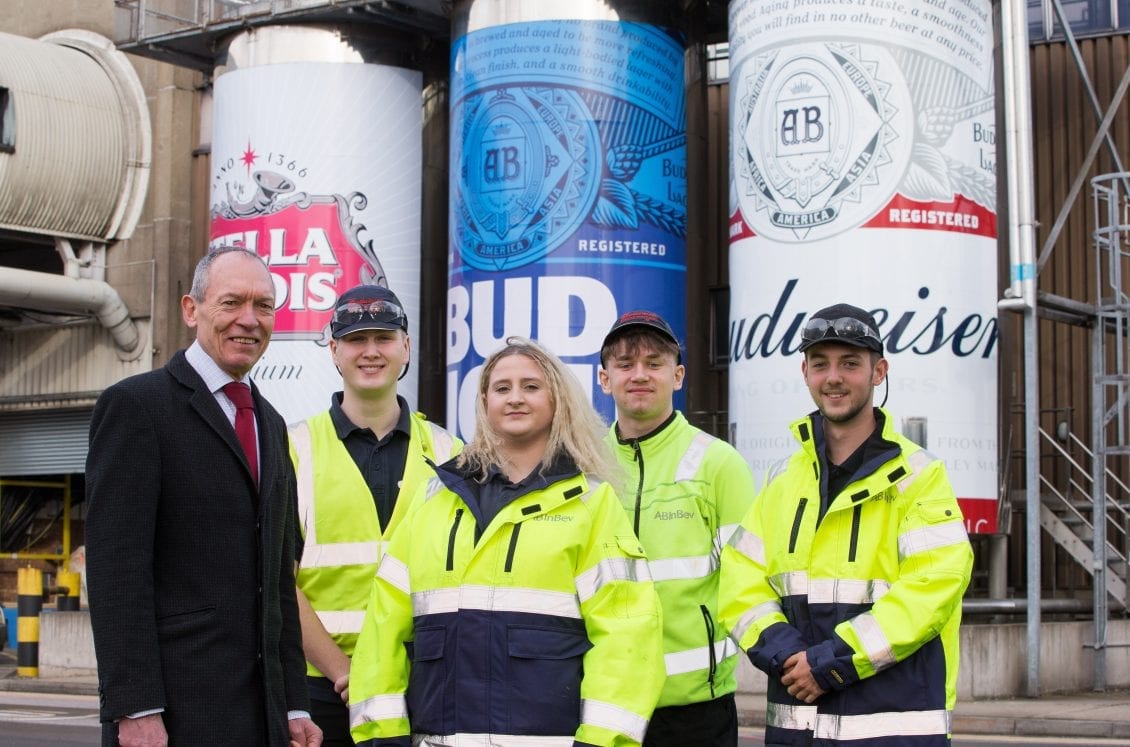 A STUDENT is set for a career in the construction industry after meeting his new employers on a Traditional Building Skills course.

Drew Davies joined Semper Plastering as an apprentice after impressing them while attending the programme at Coleg Cambria.

Organised by Wrexham Council and held at the college’s Bersham Road site, the courses are provided free through the Wrexham Traditional Building Skills Programme.

Drew, 19, who has just completed an NVQ Level 1 in Plastering, is delighted to be joining the firm.

A former pupil at Rhosnesni High School, he said: “I was absolutely buzzing when they offered the place to me. I really enjoy the trade and thank them for giving me this opportunity.

“I’ll be able to continue my studies on the NVQ Level 2 at Cambria while gaining experience as part of the team, so it’s fantastic news.”

Chad Davies, a lecturer in Plastering at Bersham Road, added: “Drew has excelled on the course here at Cambria which is why we encouraged him to join the Traditional Building Skills programme.

“As there were business people on the course, he was able to demonstrate his skills, and it obviously paid off.

“Semper Plastering offered him work experience and then an apprenticeship, so we are absolutely delighted for him. The construction industry is incredibly busy and it’s important to bring through the next generation of plasterers, learning traditional skills alongside modern construction methods.”

“The construction industry is thriving and plastering has become a more lucrative occupation; however here in North Wales we have a shortage of skilled construction workforce which the Traditional Building Skills programme is trying to boost. Wages in England and Wales have increased 20% in the last 12 months due to a boom in home improvements and house sales.

“We will be running a series of traditional skills courses throughout the year, and if interested I encourage you to get in touch.”