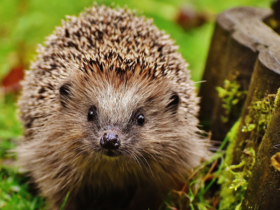 A leading North Wales green energy company is in the running for a hat-trick of awards at the renewables Oscars next month.

Denbigh-based Hafod Renewables have been short-listed in three categories at the Energy Efficiency Awards, the renewables industry ‘Oscars’ at the Hilton NEC Metropole Hotel in Birmingham next month.

They will be presented by Sir Lenny Henry and the Master of Ceremonies for the evening will be BBC Breakfast presenter and sports broadcaster Dan Walker.

They are up for RHI and Solar PV Projects of the Year for Caerfallen, Ruthin, and for Orchard House, Llanfairfechan, as well as for RHI Installer of the Year, building on their success in winning the category at the Welsh National Energy Efficiency Awards in Cardiff in February.

Former Holywell High School pupil David Jones, 33, who founded the business in a small shop in Denbigh in 2010, was also named Young Business Leader of the Year in the Welsh Business Insider Awards in March after taking his family off-grid at their renewable energy-powered home in Trefnant with even their cars powered by ‘green’ energy.

“The Energy Efficiency Awards really are the Oscars of the renewables industry and attract entries from all over the UK and from some of the biggest players in the field.

“It’s an honour for us to be in that company and we’re pleased to be going there as Welsh champions in at least one category as well.

“We have been successful by being versatile and not relying on the solar sector and by using only our own dedicated teams of installers.

“Over the last 12 months a number of innovative new products have come onto the market and I believe it is vital to stay abreast of what is a rapidly developing industry because that’s the way to continue to grow the business.”

Hafod Renewable Energy Ltd installs a range of bespoke renewable heating systems from solar thermal to biomass as well as air and ground source heating and is an approved partner to two of the ‘green revolution’s’ biggest names, Tesla and Daikin.

What makes them unique is their ability to design made to measure systems and the way they switch seamlessly from installing schemes for homeowners to finding the right energy solutions for farms, businesses and schools.

Since they began in July 2010 they have fitted over 300 bespoke renewable heating systems and in 2017 this sector grew to overtake solar power so that RHI now makes up 60 per cent of the £1 million turnover business.

In the last 12 months they have provided twin biomass boilers to heat the 100,000 square feet of a Jewsons builders’ merchants and air and ground-source heating systems such as that retro-fitted to an historic 16th century Grade Two listed Tudor long barn at Caerfallen, near Ruthin, in Denbighshire, which has been transformed into an exclusive holiday let.

That is for the system they have designed and built for retired electrical engineering university lecturer Professor David Last at his home in Llanfairfechan, overlooking the Menai Straits.

There the combination of a solar panel system and a powerful Tesla Powerwall battery has turned the house into a mini power station, feeding enough electricity into the grid to power ten homes.

Hafod have also have installed a solar thermal system at Sodom Hall, near Bodfari, where the roof panels heat water used by Norweft in their business of spinning the fine wool from their herd of 50 alpacas.
And at North Clwyd Animal Rescue the kennels for the new abandoned dogs are warmed by underfloor heating from an air source heat pump powered by solar panels.

The company, which David began with his father, Richard, now occupies a 125 square metre industrial unit on the Denbigh’s Colomendy Industrial Estate, employs nine staff and has become a key player in North Wales in the installation of solar and non-solar systems such as air and ground-source heating and biomass.

In those eight years they have fitted over 10,000 solar panels, stacked end on end they would tower over 29,028 foot Mount Everest and more than 500 renewable heating systems.

“The UK recently saw 30 per cent of its power produced by renewable sources and in just a few years almost everyone will be driving electric cars and by then most of our will be produced by solar, wind, tidal and other renewables.

“It’s very exciting to be part of what is a power revolution in this country and beyond – things are changing so fast now and that is only going to speed up as technology really gets to grips with the challenges.”