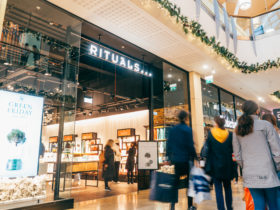 Hot on the heels of the hugely successful Volvo Ocean Race, spectators can once again experience adrenaline-fuelled on-the-water action as the Extreme Sailing Series™ breezes in over the Bank Holiday weekend, 24th – 27th August.

Crowds of visitors lined the waterfront of Cardiff Bay for the event last year, basking in the sunshine as some of the world’s finest sailors competed in the only UK Act of the global and annual professional Series, enjoying a family friendly weekend wrapped around the intense competition.

In addition to the epic action involving Olympic gold medallists and round-the-world sailing legends just metres away from the shore, a free-entry public Fan Zone will offer a live music stage, food and drink stalls, walkabout characters, an Eco Lounge containing furniture cleverly upcycled from debris collected in the Bay, and much more. The on-the-water competition also includes teams racing double-handed, pocket-rocket foiling catamarans in the Flying Phantom Series, with Cardiff being the deciding Act in their five event 2018 tour.

Cardiff hosts the Extreme Sailing Series for the seventh consecutive year in 2018 in what is one of the longest Host Venue partnerships in the 12-year history of the competition. This year’s Stadium Racing circuit began in Muscat, Oman, in March, before moving on to Riva del Garda, Italy, for the GC32 World Championship. The next stop was Barcelona in Spain and most recently, Cascais in Portugal. Following the Cardiff event in August, the final two Acts will take place in San Diego, USA, and Los Cabos, Mexico. The big attraction of the Series’ pioneering Stadium Racing concept is that crowds get close to the action, as the GC32 catamarans rise out of the water and fly along at speeds of up to 39 knots, akin to putting your head out of the window in a car at 45mph.

“The Extreme Sailing Series is all about incredible adrenaline-pumping, elite-level racing, and is the perfect headliner for Cardiff Harbour Festival. This buzzing city provides the Series with all the ingredients for a phenomenal event. From a fantastic racecourse on the water, to a first-class Race Village and brand activations on the shore. We are looking forward to returning to this cultural hub for the seventh time, as the crowds turn out for yet another superb sailing spectacle.”

“Extreme Sailing has proved to be one of Cardiff’s most popular summer events combining excellent sporting action on the water with top family entertainment on land at Cardiff Harbour Festival. Cardiff Bay has hosted plenty of action this summer and this event looks set to continue this trend so expect another bumper bank holiday. The Extreme Sailing Series is a water sports spectator event of international calibre, adding to Cardiff’s maritime prestige and further enhances the city’s economy.”

The Capital FM Cardiff Bay Beach Festival will be open around the Bay on the Barrage Walkway throughout the bank holiday weekend with large scale attractions such as a Big Wheel, Roller Coaster, big water spraying arches, and a marquee area where visitors can enjoy the best in street food.