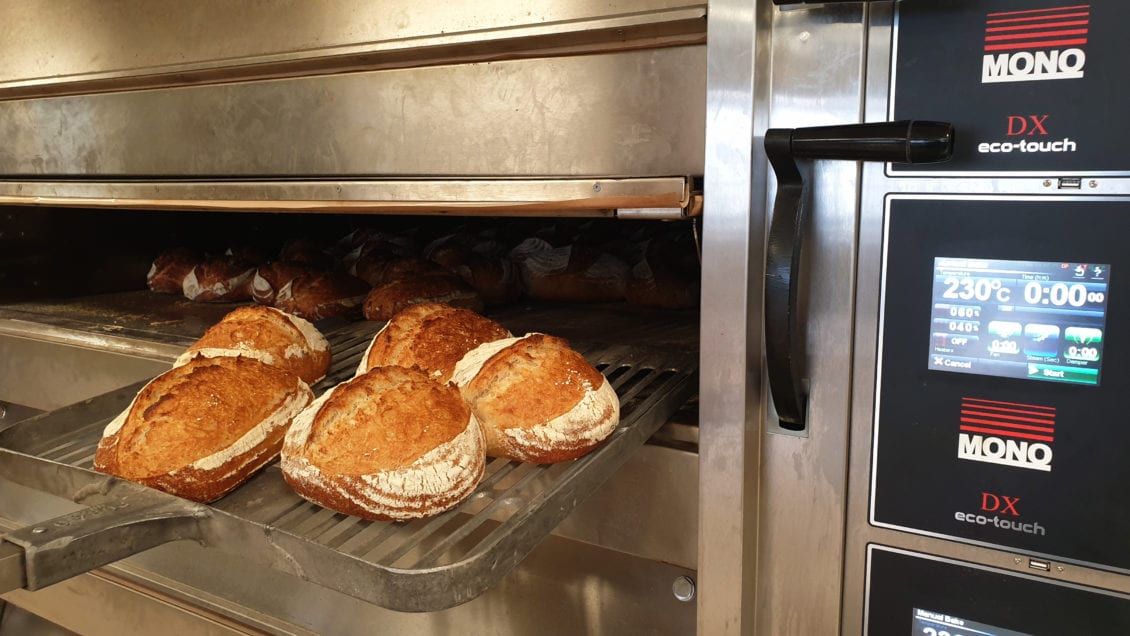 A farmer who lost his hand in a work accident has returned to the hospital ward which cared for him to present a donation of more than £4,500.

Aneurin Jones was back behind the tractor wheel just a few months after he was seriously hurt when his hand was caught in machinery.

He has nothing but praise for staff at Morriston’s Pembroke Ward who looked after him during the weeks immediately following the accident.

Aneurin, his wife, Heulwen, and their baby daughter Angharad, have returned to the ward, accompanied by a group of well-wishers who helped raise £4,650 for its endowment fund.

The family live in Pumsaint, near Llandeilo, where they farm and run an agricultural contractors business.

In May 2016, Aneurin was working on another farm in the area when his left hand got caught in the spinning blades of a forage harvester – a piece of machinery that turns forage plants into silage.

He was rushed to Carmarthen’s Glangwili Hospital but the damage was so severe he was immediately transferred to Morriston.

“The care I had was fantastic. The doctor who was on call came in straight away to see what the damage was,” Aneurin recalled.

“The machine had taken the hand off but there were bones sticking out here and there.

“The first two operations were just to get it clean ready to close up and make sure there was no infection. The third operation was to put it in a groin flap, and I had that for six weeks.”

Aneurin had been told he would need to stay in hospital for those six weeks.

However, with Heulwen’s support he was able to stay home, returning to Morriston several times a week.

Heulwen said: “After six weeks he had his hand out of the groin flap and he was back on the tractor the next day.”

Because of the heavy-duty nature of his work, Aneurin, who had a further operation before Christmas, is not suitable for a prosthetic hand.

Instead, he is being fitted for a protective cast at Morriston’s Artificial Limb and Appliance Centre (ALAC).

While on his latest visit to ALAC, he and Heulwen, along with little Angharad, who turns one this month, stopped off at Pembroke Ward. With them were representatives of Llannon Young Farmers Club, which has raised £4,000.

Aneurin said: “I was on the ward for two weeks and the care they gave me was fantastic. All the staff were always very positive.

“I was in intensive care for the first night and one of the nurses was with me the whole time. We’re just so thankful for this department.

“Nothing was too much trouble for them, they got straight on with helping you and it was just unbelievable.

“It has been a long road. It has been hard and quite emotional at times. I curse myself many a time. Why did I do it, but you can’t turn the clock back. It was an accident.

“I do think, how the heck did I do that? But it was late at night and I was rushing to get the job finished and silly things happen when you rush.”

“The money will be used to purchase some much-needed patient equipment, which will benefit patients from all over Wales.

“As a team we are delighted to see Aneurin doing so well.”