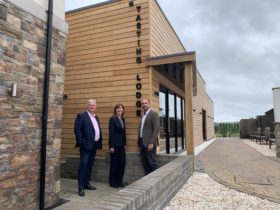 A RURAL expert is urging farmers to be vigilant after six people were killed the in agriculture sector in Wales in just 12 months.

Figures from the Health and Safety Executive (HSE) show that 33 people across Britain were killed in agriculture in 2017/18 – three more on the previous year.

These findings have further cemented agriculture’s reputation as the riskiest industry to work in, with it reporting the highest fatal injury rate, which is around 18 times higher than the all industry rate.

Six people were killed in agriculture in Wales this year, bringing the total number of people killed over a five-year period to 20 – an average of four deaths per year.

This year, Wales was the region with the second highest number of deaths, after Yorkshire and Humber, which had seven.

“Agriculture’s high fatality rate significantly outstrips that of other industries.

“It is more than five times higher than the second most-risky industry, construction, which really drives home just how hazardous an industry it is.

“Farmers face potentially fatal risks on a daily basis, from working with unpredictable animals to potentially dangerous machinery, so protecting personal and employee health should be top priority.

“Sadly, members of the public, family members and children living on the farm also get caught up in incidents and account for some of the overall deaths.

“It is clear the burden of keeping farms safe is a heavy, but necessary one, with no room for error.

“There have been great strides with regards to health and safety over the past decades, with the number of fatal injuries to workers in agriculture falling by around half since 1981  – but we still have a huge way to go.

“Just last week, we learned that a farmer was jailed for causing the death of a young woman by failing to replace a £75 cover on the drive shaft of a milling machine.”

Of the 33 deaths in the agricultural sector this year, four were members of the public, two of which were children.

“Unwise risk-taking is an underlying problem in the agricultural industry, and the most vulnerable are hit the hardest.  The fatal injury rate for over 65s was nearly five times that of younger workers.  Many farmers are working well past their retirement age, with little to no help, so physically, and cognitively, they are put under a lot of strain.

“These factors mean they may not appropriately assess or mitigate risks.

“Sadly, some of these deaths are a result of freak accidents, but others are preventable.

“Death and injury can have a devastating impact on family and friends, so the value of doing so is immeasurable.”

For information on keeping your farm safe, visit hse.gov.uk/agriculture.