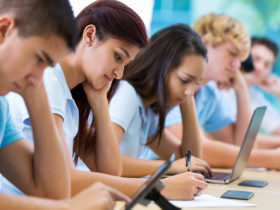 Pride Cymru has announced further acts to perform on stage during the August bank holiday weekend. With this year marking the 20th anniversary of Pride Cymru’s Big Weekend, the organisers welcome back the event’s first ever headliner, Tina Cousins.

Songs like Mysterious Times for which Tina Cousins collaborated with German DJ Sash! Killing Time and Just Around The Hill, made her one of Britain’s greatest female solo artists in the late 90s and early 00s.

[aoa id=”1″]Her success quickly exceeded the UK borders, as she rose to fame throughout Europe and Australia. Since then Tina Cousins has become a regular Pride performer, hitting Pride stages around the globe, including Maspalomas Pride in Gran Canaria and Stockholm Pride. However, one of her first Pride performances, saw her headline the first Cardiff Mardi Gras on 4 September 1999, which has since evolved into Pride Cymru’s Big Weekend.[/aoa]

Tina Cousins said: “I am excited to return to Pride Cymru’s Big Weekend after all these years. I always enjoy performing at Pride events, where people of all ages and from all backgrounds come together to celebrate love and equality. It creates a beautiful atmosphere and I cannot wait to be part of this year’s Big Weekend again.”

Also making a return are drag artists Dr Bev and Miss Kitty, who hosted the first event back in 1999. The Queens are two of Cardiff’s best-known drag acts and are household names at Pride Cymru’s Big Weekend, performing nearly every year since their first appearance. This year, the sensational duo will pay tribute to Pride Cymru’s journey by reviving their original and highly celebrated act from the first Cardiff Mardi Gras.

“We’re thrilled to welcome Tina Cousins, Dr Bev and Miss Kitty back to the Admiral main stage. Many in the LGBT+ community in Wales remember them fondly, as they were the first to headline and present what is now known as Pride Cymru’s Big Weekend. Tina’s powerful voice and hit songs like Mysterious Times are known and loved across generations.

“Despite legal changes, we still have a long way to go as a society and, as a charity, we will continue to fight for inclusion. Our Big Weekend is there to celebrate this journey and the people who have come to support us over the years. With this year’s event marking a big milestone, it is a huge honour to have them all perform again this summer and celebrate how far the LGBT+ community has come in striving for equality.”

With this year marking the LGBT+ event’s 20th anniversary, Pride Cymru is looking back at its journey. In recognition of the event’s development since 1999, the Welsh charity has introduced its #StillProud campaign, encouraging supporters to share their Pride memories on social media and in a dedicated Facebook group. The path to equality is far from over, however, together with local supporters the LGBT+ community takes pride in its presence in Wales, growing in togetherness and inclusivity.

Pride Cymru’s Big Weekend is open to all and takes place on Cardiff City Hall Lawns from Friday 23 to Sunday 25 August.