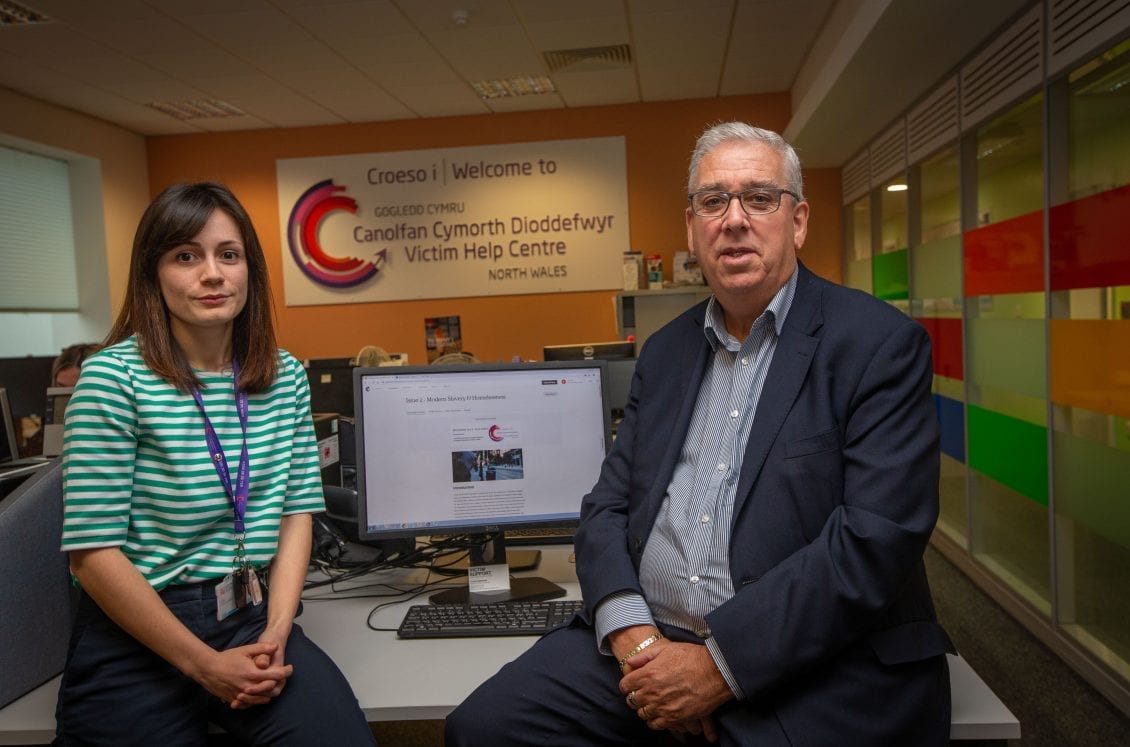 Vicious gangs target vulnerable pensioners in their 60s and 70s

Some of America’s leading blues artists, Manchester’s answer to Aretha Franklin and a British harmonica player who has collaborated with some of the world’s greatest rock stars are amongst the 18 acts confirmed for this year’s North Wales Blues & Soul Festival.

Paul Lamb & his band The King Snakes top the bill at the event, which takes place at Theatr Clwyd in Mold over the weekend of 2-4 August 2019.  Hailing from Northumberland and honing his craft against the gritty backdrop of unemployment in his home town, Paul has been praised as one of the greatest harmonica players of our generation and has collaborated with The Who, Rod Stewart and Dire Straits’ Mark Knopfler.

Another major coup is Delta Moon, the Atlanta, Georgia-based swamp blues band. The group’s name came to founder member, Mark Johnson, whilst on a pilgrimage to Muddy Waters’ cabin near Clarksdale, Mississippi. Delta Moon have a huge international following and the band’s twin guitar-led sound has been branded by Vintage Guitar as “deep blues with a fury.”

The line-up also features Bruce James and Bella Black, who perform together as James & Black. After joining forces in Austin, Texas almost a decade ago the pair create music that splices the musical heritage of the American Deep South with the finest storytelling traditions.

Festival goers will also be able to appreciate the stellar talent of the Kyla Brox band. Likened to Aretha Franklin by the iconic Tony Wilson of Manchester’s Factory Records, the award-winning singer-songwriter is not only the winner of the 2018 UK Blues Challenge, but also one of only three British singers to be included in the 50 Women of the Blues Spotify playlist. Described as “the finest female blues singer of her generation”, Kyla, who is the daughter of cult Blues figure Victor Brox has a trademark sophisticated sound and a voiced described as “tender, urgent, gritty, blurring the distinction between pleasure and pain”.

The 2019 line-up follows an established tradition for the festival, which prides itself on bringing together respected international artists with emerging talent.

This year the festival, which is in its sixth year, will take place at Theatr Clwyd for the first time, having previously taken place at Kendrick’s Field in Mold. The move will allow the festival to expand, as well as be prepared for whatever the Welsh weather throws at it. However, the change in venue will not mean a change in atmosphere, and as ever, the festival will also include a great selection of real ales, boutique street food, on-site camping and glamping and music workshops.  The event raises funds for national charity, Music for All, which provides instruments for young people who cannot afford to learn or keep playing music.

Discussing the line-up, Charlie Broadhurst, promoter from the event organizer Event Sound Limited, said: “We’re so excited about the line-up for this year’s event, with so many renowned artists making their way to North Wales.

“As ever, we try to strike the right mix of established stars with international reputations and up and coming talent, and combine more traditional acts with those pushing the very boundaries of the genre.

“We’re passionate about this type of music, and truly believe it offers something for everyone, so we’re hoping that everyone from blues and soul aficionados to locals who just want a great day out surrounded by amazing music and the best food and drink will come and along and see what we’re all about.”

Established in 2014 by Event Sound Ltd and a committee of Mold volunteers, the festival is supported by a number of local and national businesses including restaurant group, Living Ventures.

Tickets for this year’s festival will be limited to 550 per day to allow for the entire programme to be moved into the main theatre, should the weather be too bad for an outdoor festival. However, if the weather is favourable, the outdoor space can accommodate over a thousand.

Tickets are on sale from Theatr Clwyd.