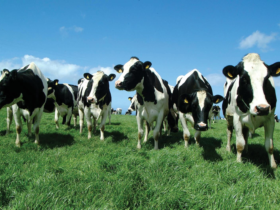 Following an emergency meeting of the FUW’s Chairmen and Presidential team (Wednesday, 16 January), the Union is calling on the UK Government to immediately withdraw Article 50 and take back control of the process of exiting the European Union.

FUW President Glyn Roberts said: “I spent all day in the House of Commons yesterday and discussed the urgent need to safeguard the agricultural industry with MP’s from across the political spectrum prior to the meaningful Brexit vote. I made it very clear that we can’t afford to crash out of the EU with no deal. The consequences would be devastating.

“Given the result of this vote and the dangers of a no-deal scenario, our chairmen and Presidential team felt that the only way we can take back control of the Brexit process is to withdraw Article 50 and by doing so safeguard the future of the agricultural industry not just in Wales but across the UK.

“There seems to be growing support for a second referendum across the country, which appears to be reflected in our own sector and we will be discussing this further at our next Grand Council at the end of the month.

“But given that time is running out, the FUW urges the UK Government to take immediate action.”