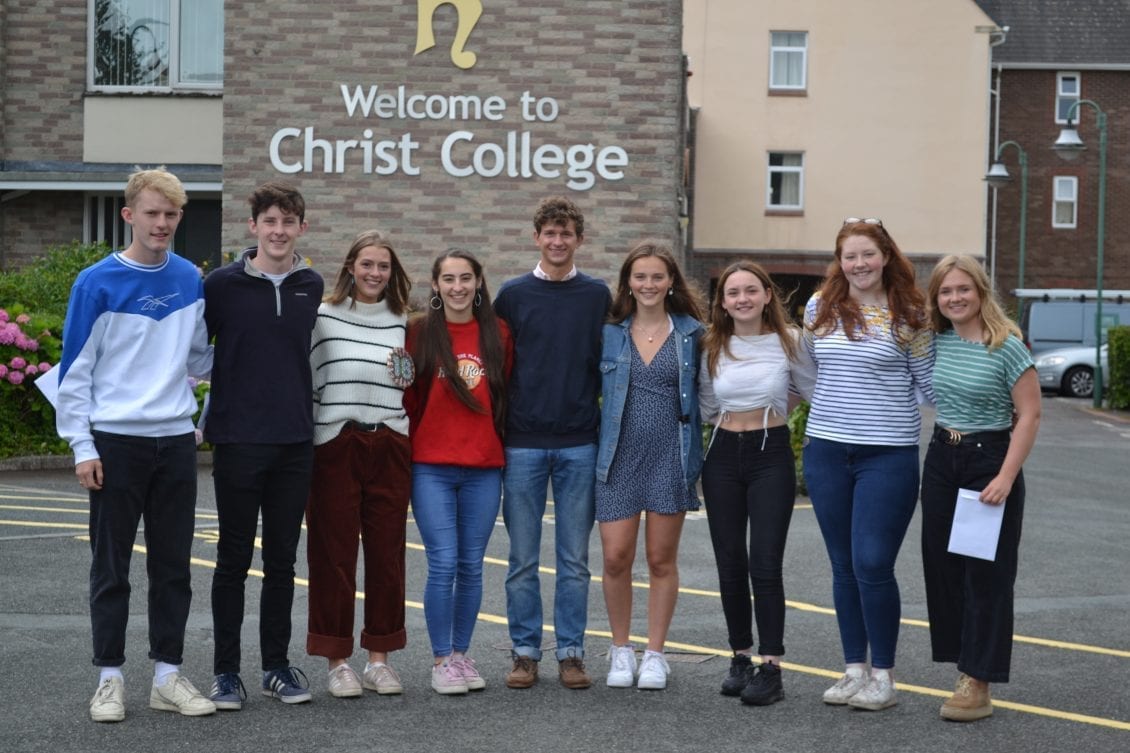 The popular venue – named Best Restaurant in Wales at the AA Hospitality Awards last year – works closely with the college and invited the youngsters to test out their own recipes on customers, as well as staff and chef owner, Kevin Lynn.

The event came after Cambria launched a new food academy with top chef Bryn Williams, giving students the opportunity to work and train in his celebrated restaurants, where they will gain invaluable experience alongside the best cooks and kitchen staff in the country.

In a twist, Kevin and his staff will be joining Bryn in the kitchen at his award-winning Porth Eirias restaurant in Colwyn Bay on January 31 for a takeover of their own, with each producing three dishes as part of a six-course tasting menu.

Collaboration between the culinary heavyweights and Cambria means the future of the region’s catering and hospitality industry is in safe hands, though Kevin says there is huge demand for more skilled workers.

“It was a pleasure to welcome the students to Machine House and a big deal for me to step away from the kitchen in my own restaurant and leave it in their hands,” said Kevin, from Warrington.

“That’s not something I’ve done before, and I’ve never sat down and been cooked for here either, so it was a first for all of us.

“They did really well, the menu and the food were terrific, and they were great at welcoming guests and the front-of-house side of things. The ideas they came up with were amazing and we hope to have them back again one day.”

Four students were responsible for front-of-house and the restaurant while five took to the kitchen with two chef lecturers, producing a five-course tasting menu for more than 20 guests.

Kevin says the vision of Bryn Williams – who also owns leading London restaurants Somerset House and Odette’s – is one he supports and vowed to do all he can to encourage the next generation of food and drink stars.

“I think the academy launched by Bryn and the college is a fantastic initiative and desperately needed, not just in Wales but the UK,” said the 47 year-old.

“I’ve personally found him something of an inspiration and believe my attitude to food is quite similar. His style is in producing simple yet attractive, delicious food with local ingredients that are big on flavour and that’s what we strive for as well.

“To be able to share the kitchen with him later this month will be a huge honour, and it’s also a great platform for Cambria’s students to be able to learn from him and his team – what an opportunity.”

He added: “I just hope the students soak it all up and work hard, because one day they could be in this position.

“Machine House is my first restaurant so to have received such tremendous accolades within three years of opening is terrific, but it’s also testament to the effort and dedication we put in.

“That’s why we are keen to support Bryn and the college and bring forward the next generation, it’s such an exciting industry and one more young people should look into.”

Andy Woods, Deputy Director of Hospitality and Catering at Coleg Cambria, echoed those words and believes the backing of such talented chefs gives them the perfect recipe for success.

“Being given the opportunity to take over Machine House for the night was an incredible experience for our students and gave them a taste of what it’s like to serve food at a first-class restaurant,” he said.

“With a lot of interest already in the Bryn Williams Academy we are in a strong position to attract enthusiastic young trainees into the industry, something which is much needed.

“We are all passionate about Welsh produce and providing pathways into employment for the students, enriching them through work placements and ultimately addressing the demand for young, quality chefs, a problem which has really hit the hospitality arena.”