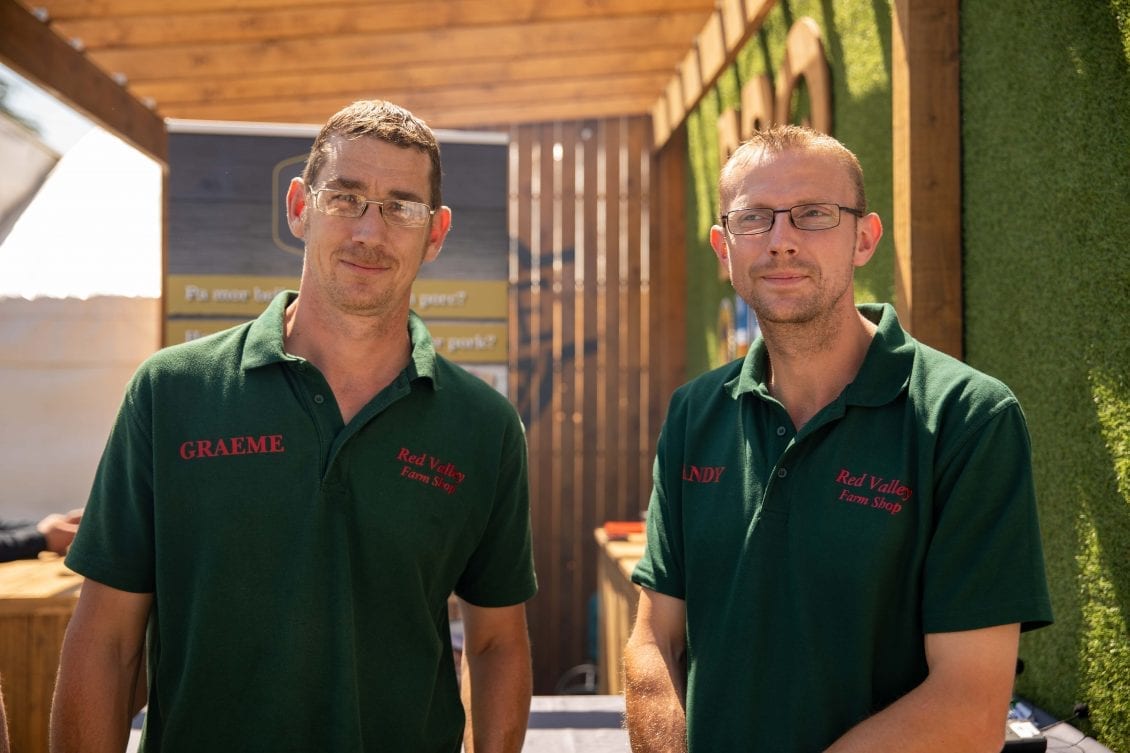 A report issued by the House of Commons Welsh Affairs Committee ‘Brexit: priorities for Welsh agriculture’ has been cautiously welcomed by the Farmers’ Union of Wales.

“There are some welcome recommendations and acknowledgements in this report and it is certainly good to see that many of the key messages and concerns highlighted by the Union since the referendum result have been taken on board in this report.

“However, we are still waiting on urgent clarity with regard to funding and frameworks and I hope that this report will encourage some positive discussions, which will move these issues forward with some urgency.”

Responding to the recognition of the importance of access to the Single Market as part of the ongoing negotiations, the Union President said: “ We welcome this acknowledgement wholeheartedly and it is something we have called for since before the referendum in 2016.

“Of course, the big question for farmers up and down Wales is where they are going to sell their produce to and under what conditions. Most of the lambs born this year will be sold into a post-Brexit market but nobody knows what that market looks like and where it is. Farmers are getting incredibly anxious about the future with many questioning if it is worth their while to continue producing food at all.

“The fact that the UK Government is even considering signing trade deals which would allow cheap food imports to flood our supermarket shelves is quite frankly outrageous and I certainly hope that this will not happen.”The report further highlights that frameworks across the UK were needed and recommends the agreement of “arrangements for seeking the input and consent of the devolved institutions in Wales on trade deals” that the UK Government negotiates post-Brexit, given their implications for areas of devolved policy. It also warns that “when securing new trade agreements the Government must not tolerate lower environmental and welfare standards for food imported into the UK, than food which is produced within the UK.”

Only last week the FUW issued a discussion document on the need for a UK policy framework which prevents unfair competition between UK farmers, market distortion and other negative impacts after Brexit.

“We have called for all our nations to work together to develop approaches which are mutually beneficial and protect not only our farmers and internal markets, but also our status and reputation across Europe and the World.

“As one of the first organisations to call for our nations to agree on UK frameworks which respect devolution but also prevent fragmentation, unfair competition and market distortion, we of course welcome the fact that our calls for discussions on the issue have been heeded.

“Without such frameworks we risk seeing distortions which will distract us and undermine efforts to tackle all the other challenges facing us – be it bovine TB, farm productivity and profitability, or the successful succession of the next generation,” said Glyn Roberts.The report also finds that following the UK’s departure from the Common Agricultural Policy, “in the short-term ongoing financial support will be essential to sustain the agricultural sector in Wales”, to provide similar levels of certainty over financial support to Welsh farmers as currently provided by CAP.The Committee argues that the move to a future subsidies system “will need to be done in a way which ensures that farmers do not face a cliff-edge with regard to financial support”, and highlights the need for Wales to receive its fair share of future funds for agricultural support. The report therefore calls on the UK Government to “agree with the devolved administrations a mechanism for future allocations of funding for agricultural support”, prior to the Agriculture Bill reaching Committee Stage in the House of Commons. It also welcomes the Welsh Government’s commitment to ring-fence any funding provided by the UK Government.“It is certainly welcome that the need for fair farm funding has been recognised once again. And we have said it many time before – in order to deliver Fair Farm Funding for Wales it is essential that the UK Government allocate funds outside the Barnett formula.

“We fear that if no steps are taken to resolve this issue very quickly then the family farms here in Wales will be seriously disadvantaged. Since the referendum we have recommended that funding for agriculture in Wales should be ring-fenced, because we don’t want to see a situation where health and education is competing for money that would otherwise go to farming.

“We hope and expect the UK and Welsh Governments to develop a management structure to ensure this does not happen. But we also need clarity on how much money will be available to Welsh Government for agriculture – and we need that information now,” added the Union President.Addressing the issue of productivity, promotion and procurement, Glyn Roberts said: “The 2014 launch by the Department for Environment, Food and Rural Affairs’ of Sir Peter Bonfield’s Plan for Local Procurement marked an important move towards distinguishing between ‘cheapest’ and ‘best value’, and recognition that responsible procurement can bring a range of benefits to the wider society.

“The decision to leave the EU presents an opportunity to revisit procurement laws and policies in a way which ensures public bodies lead by example in terms of supporting Welsh and UK food and farming businesses.

“The Government should also review procurement rules in light of Brexit, with a view to introducing policies which make support for local and British businesses by public bodies a priority and proactively encourage and facilitate public and private sector procurement of UK produce in a manner that supports small, medium and large processors and cooperatives.”

“It can’t be stressed enough that we need to instigate procurement policies which encourage the creation of new companies and cooperatives which allow smaller businesses to tender for procurement, in order to bring benefits in terms of local employment and redressing imbalances that currently exist throughout the supply chain. This, the FUW believes, should be done in a way which raises awareness of and confidence in UK produce, both amongst UK citizens and visitors to the UK,” he added.