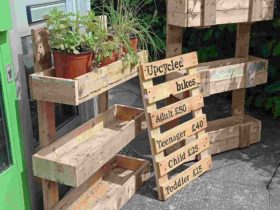 Musicians aiming to amp up the decibels to concert pitch have the ideal place to practice now at a converted garage in a Flintshire village.

The old building at the historic Penyffordd and Penmynydd War Memorial Institute did duty as a storage shed but is now being refitted and repurposed as a sound studio thanks to a versatile former shipping container.

Local rock bands practicing at the Institute had to tone it down in case they disturbed other users of the building so thanks to a grant from the North Wales Police and Crime Commissioner’s Your Community, Your Choice fund they’ve been able to buy a storage unit from Denbigh-based Container Sales Centre.

It has helped local not-for-profit music tuition business The Rock Works extend their own services at the Institute, according to their drum specialist Tanya Jones, from Penyffordd, whose own rock and metal band, Blood Moon, also practice there.

She said: “A lot of bands are quite loud and there are three rooms at the Institute which are hired out regularly.  When we’re playing with guitars and drums it becomes difficult.

“Yoga and a rock band next door doesn’t really work.

“As musicians and as a rock bands we’ve been crying out for space in North East Wales and with social distancing it’s been even more difficult.

“If you are a drummer and studying for an exam where do you go to play so it’s really fantastic that we now have this facility here in Penyffordd where musicians of all kinds can hone their skills and sound without disturbing anyone else.”

Container Sales Centre specialises in the sale of new and used shipping containers which range in sizer from 10-feet long up through 20-footers to 40-foot units, all eight feet high and eight feet wide, from 640 to 2,560 in cubic feet in volume.

The new units supplied are watertight and they can also be insulated plus they provide versatile storage options or for the more ambitious, a range of possible uses including office space and even as component parts of innovative new homes.

CSC sales consultant Lisa James said: “In this case our container has been used to free up space in the old garage but in they are really versatile in their own right and ideal for so many different uses and we’re finding there has been a real surge in demand for them.

“An advantage of buying outright is that you can also paint the exterior to your own taste including having your company branding if you are launching your own business.

“Our containers have been used to house a flight simulator and even as an indoor coffee bar and with our specialist lorry we can deliver containers up to 40 feet long and can also arrange to move units to different site locations.”

The Institute was built in 1922, serving as a memorial to villagers killed in the First World War and when the population was just 250 – it is now 5,000.

As well as being a popular venue for musicians, it is used by numerous community groups such as the Women’s Institute and for activities including ballroom dancing.

The Institute President is Bob Oldham, who was evacuated to Penyffordd from Birkenhead during the Second World War and returned there to live.

He said: “The Institute is a wonderful facility for the village – it was built with money from local people and local people have helped to finance it again with the cost of the improvements about £250,000.

“Some of that will be on the new sound studio which will be fully sound-proofed and have its own control room for recording.

“We have had so many people coming to ask to play at the Institute and we don’t want to turn them away so this should provide them with the perfect place to practice and even record in future.”

Stuart Guy, treasurer and trustee of the Penyffordd and Penmynydd Institute, said: “There is a lot of demand from groups to use the institute. Prior to Covid we were 100 per cent booked at evenings and weekends and it really is at the heart of the community.” 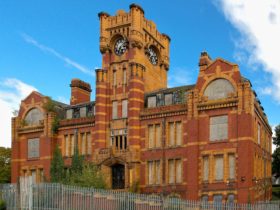 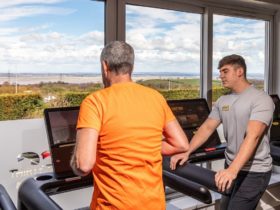 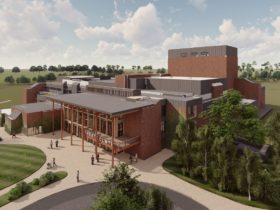