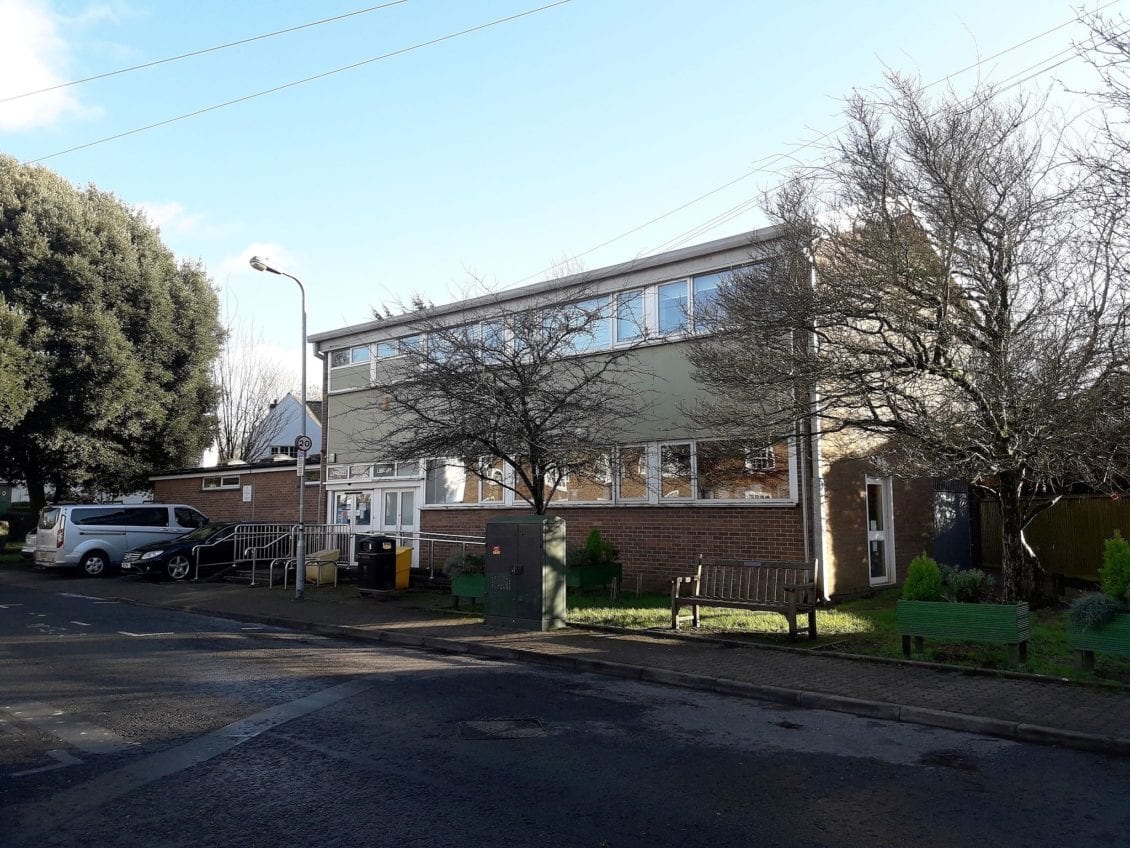 On Saturday 19th December, volunteers from Greenpeace Cardiff and Cardiff Green New Deal met with local councillors on the Wellfield and Albany Road junction to present them with a giant Christmas card with messages supporting measures for safer active travel.

Roath has recently been subject to a range of measures designed to improve the cycling and walking infrastructure.

Clare James from Penylan said “Today Cardiff Greenpeace and Cardiff Green New Deal presented Christmas cards to Councillors in Roath to let them know that for Christmas we want to see temporary measures, such as pop-up cycle ways, made permanent. We also want to see regular road closures and the creation of Low Traffic Neighbourhoods for children to play outside in a socially distanced, pollution free way; it’s all of our responsibilities to make sure everyone, including children and people with disabilities, are able to walk, cycle and play safely.”

In July 2020 Welsh Government announced £38million funding for active travel across Wales and in June 2019, Welsh Government scrapped plans to build an M4 relief road. Transport is the UK’s largest source of greenhouse gas emissions, so building more roads only adds to this problem and will encourage more people to buy cars and drive more miles.

Recent polling carried out by YouGov asked people in Wales to choose their top two from a range of seven proposed transport improvements. New roads were the least popular choice, featuring in just 7% of residents’ picks for what they’d like to see. In contrast, just over half (52%) want existing roads to be better maintained, and a quarter (25%) want more cycle paths and a quarter (24%) also want less traffic on the roads. When asked if they’d support or oppose low traffic neighbourhoods, just over half (52%) of people in Wales were in support of the measures, designed to reduce traffic in certain streets, improve air quality and encourage walking and cycling, and just 14% oppose.

Councillor Dan De’Ath said, “We’re really pleased that Greenpeace Cardiff and Cardiff Green New Deal support what we’ve been doing around road closures in the city to create Play Streets for children and families. We’ve welcomed their views in our consultations around cycle lanes in Roath and we’re grateful to everyone whose submitted feedback. People in Cardiff deserve sustainable transport infrastructure as good as any other European capital city so it’s important that we hear what people think.”

“At Cardiff Green New Deal we see active travel infrastructure as evidence of a thriving local community, where people can access shops and services within walking and cycling distance of home, and where local retail and hospitality can make room for customers in our new normal. Additionally, we encourage the health benefits of cycling and walking over driving – especially in a city where air pollution has been seen to reach unacceptable levels – particularly as this reduces unnecessary long-term reliance on our already stretched NHS. By supporting active travel, Cardiff Council would be sending a clear message that they support and prioritise the local economy, community health and wellbeing and a better environment for all.”