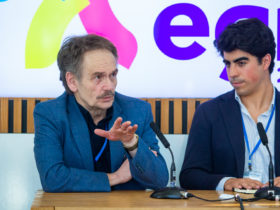 A talented sports scholar at Rydal Penrhos has received a national hockey squad call-up for a high-profile tournament later this month.

Jacob Heaton-Rue, a Year 11 pupil at the school, will be part of the Welsh U17 side that compete in the Futures Cup, which takes place at Oakland College, St Albans from August 22-25.

The young hockey talent from Wales will play under the banner of Celtic Jaguars, competing in both the Boys and Girls events at U15 and U17 level.

This is the third year the Celtic Jaguars have been part of the event, which is the perfect environment for the players to compete against their peers from across Great Britain.

The four-day tournament is designed to give the players high intensity competition, which supports their development as players.

Jacob has played a huge contributing factor in their phenomenal success of Rydal Penrhos’ hockey department and played a starring role in both the U18 and U16 squad during their Welsh Schools’ Championships double earlier this year.

He has developed a considerable amount under the guidance of dedicated coaching staff situated at the school, in addition to putting in considerable time at Rydal Penrhos’ specialist strength and conditioning facility.

“The Futures Cup provides us with a level of competition which is of huge benefit to our young players. Playing three matches of high intensity games in four days is a challenge, but will provide them with invaluable experience similar to what they’ll face at international tournaments.

“I’m looking forward to catching all our squads in action, it’s an exciting time with many new and young players coming through our pathway competing in this event.”