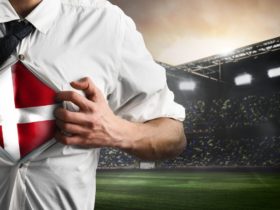 Could Denmark be the Dark Horse of the Euros?

According to his former teammate Iker Casillas, Cristiano Ronaldo’s rivalry with Barcelona’s Lionel Messi made him a better player than he was, as he backed the Portuguese star to remain at the top for a long time.

The Juventus forward was beaten to the FIFA Best award by Bayern Munich striker Robert Lewandowski recently, an award he has won on two occasions while also taking home five Ballons d’Or so far gone in his career.

Barcelona superstar Messi has been the only player in Europe, who could stand shoulder to shoulder with the Portugal international having also been responsible for breaking several records in his career with the Spanish club.

Ronaldo and the Argentina international had locked horns in a battle for a long time as rivals, as both players were re-writing the history of football throughout their career, breaking the most ridiculous records you’ve ever heard of. Both players were using one another as an additional motivation when they needed to surpass their limits.

Real Madrid former goalkeeper Casillas toom the media, telling The National the reason his former teammate has been able to perform at the top for a very long time, he said: “Obviously he’s a good professional, he looks after himself, eats well, and gives the necessary importance to rest also.

“So this is just a result of being what a footballer is. Other than that, he’s also a great athlete. The reason is he’s always hungry and always wanting to improve and better himself.

“Perhaps also his small rivalry with [Lionel] Messi has helped him better himself. But it’s basically down to his professionalism and ambition; that has taken him to the top of the footballing world.”

Despite changing team, the Portuguese icon is yet to show any signs of slowing down in Italy as he registered 79 goals for the Serie A giants Juventus in 101 appearances, and making request a bet tips have helped several fans secure some winnings due to the involvement of the Portuguese superstar in Italy.

For the Portugal national team, he has been able to bag 102 goals in 121 appearances for the senior team as he aims to become international football’s all-time goal scorer.

The former Los Blancos goalkeeper said he does not see the Juventus star retiring from football anytime soon, then he went on to talk about the nature of football.

He continued: “I hope he can continue to play for a very long time. But, of course, football and its nature are what it is.

“We all know that everything must come to an end and time does go by for everyone. Hopefully, we will be able to still enjoy his football for a long time, but it’s difficult to say.”

Cristiano Ronaldo’s contract with the Old Lady outfit is set to expire in the summer of 2022, with him previously talking about how he wishes to play the game beyond 40 years.

In his nine seasons spent with Real Madrid, Ronaldo has been able to become their all-time goalscorer with 450 goals in 432 appearances for the Spanish club while providing 132 assists in the process. He was pivotal for the Spanish club in winning their trophies, which includes the UEFA Champions League, FIFA Club World Cup, La Liga, and others.