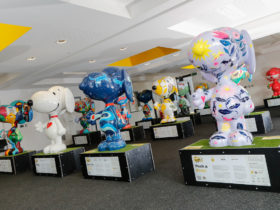 The Farmers’ Union of Wales (FUW) says the current and coming impacts of the weather on Wales’ farming industry should be a key focus for governments, and should not be forgotten amidst other important debates to do with Brexit and future rural policies.

Speaking at the FUW’s pre-Royal Welsh Show press conference, FUW President Glyn Roberts said that while concerns about issues such as post-Brexit trade deals or future agricultural policies were of critical importance, the need to look after animals now and ensure there is enough fodder to look after them through the winter must be a priority.[aoa id=”1″]

“From August last year onwards, constant rain in many areas meant animals had to be housed for far longer than usual, meaning that by February this year we were starting to see acute fodder shortages, and we scraped by into the spring with reserves at zero,” said Mr Roberts.

“We have since gone from one extreme to the other, with streams, wells, boreholes and even rivers drying up; vast areas of grazing becoming scorched and ungrazable; and severe impacts on fodder harvests that will leave stores exceptionally low as we go into the autumn.

“Put simply, even if we have an unusually short, dry and warm winter, some farms may still be facing a disaster this winter, and action needs to be taken to consider ways in which to avert this.”

Mr Roberts said that having alerted the Welsh and UK Governments to the dire situation, the FUW was disappointed that its calls for an emergency meeting to discuss what actions can be taken have not yet been heeded.

“Amongst a host of actions we believe should be discussed at such a meeting is the need to undertake a national fodder audit to assess the severity of the situation and which areas are most at risk over the coming winter.

“We are also greatly concerned at the impact of fodder and feed being used in power plants and have proposed a ban on this type of use of supplies that will be desperately needed this winter.”

Mr Roberts also highlighted the additional pressure that would be felt by those under TB restrictions because of an inability to move or sell cattle, meaning they have more mouths to feed than would normally be the case.

“Let us hope the meeting we have requested is held shortly, so that we can also discuss how to alleviate the additional pressures such farms will face.

“The pain, heartache and frustrations out there as a result of the disease seem like an eternal storm for many,” he added, stating that farmers were running out of hope due to the government’s refusal to take a proactive approach to the disease in wildlife.

“Given that the recently published consultation on the future of Welsh farming focussed on farm resilience and payment for public goods, Mr Roberts said it was important to note that the developing fodder crisis was the result of the extreme weather having compromised farmers’ resilience to the forthcoming winter.

“Derogations from the current agri environment scheme rules granted by our government in response to the weather have been introduced specifically because the restrictions Glastir places on farms has severely undermined their resilience.

“Let us hope this lesson is not missed when it comes to building the future schemes currently being consulted upon – clearly it would be ridiculous to have one scheme based on making farms more resilient, with a partner scheme that imposes restrictions and limitations on farms that pull in the opposite direction by reducing resilience.”

Mr Roberts also emphasised the need for a future scheme to be carefully planned over a sufficiently long time period.

“Brexit sees us set adrift from the EU, and of course the Welsh Government’s policies are the ship that we hope will keep our industry and rural communities afloat, so we need to take plenty of time to build and test that ship to ensure it is seaworthy and not full of holes.

“And we definitely do not want to end up with a quaint looking sailing boat which is left standing by other countries who have state of the art speedboats.”

Mr Roberts said that the FUW’s ‘Filling the void’ discussion document highlighted the dangers of diverging from the policies adopted in other countries, setting out the broad principles of a post-Brexit common UK framework and the mechanisms by which this could be agreed and governed in a way which fully respects devolution, while protecting not only our farmers and internal markets, but also our status and reputation across Europe and the World.

Over the four days of the show, these and many other issues would be discussed in detail with Secretaries of State, Cabinet Secretaries, Ministers, MPs, AMs and others, said Mr Roberts.