Research into investment in start-ups across the UK during 2018, shows that Cardiff is buzzing with new businesses that investors are keen to back; a strong indication of the city’s future growth, according KPMG’s Venture Pulse survey.

It revealed that 13 different companies in the capital together received over £40 million in 2018. While there was a strong focus on the tech sector, with the largest injection of £15 million going to MYPINPAD (which provides payment software authentication solutions), there was a creative smorgasbord of businesses receiving investment:

And across South Wales there were a total of 29 investments, totalling over £55 million. 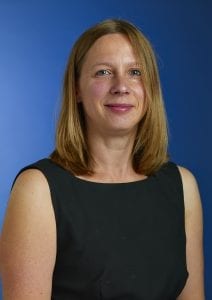 “The number of separate investments in Cardiff shows that there is a strong entrepreneurial spirit in the city. This has been fostered through the availability of talent – whether home grown through local universities or people relocating, support from local government, mentorship progammes and collaboration with established players.”

As a comparison, nearby Bristol received 12 investments in 2018, and 21 across the wider South West. However while these figures are slightly lower than the numbers across Wales, the total sum invested in this region was far greater; with over £307 million invested in Bristol based businesses alone.

“Over the past decade, Bristol has been establishing itself as an engine of start-up creativity and the size of investments received in 2018 reveal that funds are now going to scale-up businesses. The start-ups have moved onto the next level having proved their product to the market as well as their financial model.

“Not all start-ups make it to this next step but the volume of new businesses in Wales indicate promise for future growth.”

From a UK perspective, KPMG’s Venture Pulse survey showed that despite ongoing uncertainty around Brexit, the UK continued to attract significant levels of Venture Capital.

Against a total investment in Europe of $24.4 billion in 2018, $7.7 billion went to the UK. An amount 1.5 times the level invested in fast growth businesses in Germany, and 2.6 times the level of investment seen by the start-up ecosystem in France.