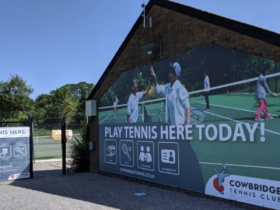 When Nick Kyrgios burst on to the scene in 2014, making the headlines as he reached the quarter-finals of Wimbledon as a teenager, beating the likes of then World No. 1 Rafael Nadal and Richard Gasquet along the way, before reaching the last eight of the Australian Open the following year, many were deeming the Australian to be the next big thing in tennis.

Victories over Roger Federer, Nadal and Novak Djokovic on his first attempt is an incredibly rare feat and it was testament to his star quality. However, things haven’t exactly worked out for Kyrgios and he is subsequently best known for his brash outbursts and controversial behaviour as opposed to lifting silverware and Grand Slam titles.

After missing much of last year due to concerns surrounding the global coronavirus pandemic, the 26-year-old returned to the tour this season, but he hasn’t had much luck and has been far from favoured to win anything in the betting on tennis at Betfair. Kyrgios was knocked out of the Australian Open in the third round by Dominic Thiem, blowing a two-set lead against the Austrian. He then missed the French Open before retiring from Wimbledon in the third round due to an abdominal injury.

After failing to defend his Citi Open crown, losing in the first round to Mackenzie McDonald in Washington, Kyrgios was knocked out in the opening round of the US Open to Roberto Bautista Agut, falling to the Spaniard in straight sets at the iconic Flushing Meadows in New York. Representing Team World at the Laver Cup, Stefanos Tsitsipas ended his tournament in both the men’s singles and the doubles, where he was paired alongside John Isner.

After continuing to play tennis despite a knee injury, and concerns surrounding his mother’s health, Kyrgios confirmed after the Laver Cup that his season is over. “Definitely this is my last event of the year,” the Aussie said. “I need to go back home. I have been travelling for four and a half months now. My Mum is not doing too well with her health. I’d like to go back and see her.”

A break to let his knee fully recover and to see family is perhaps what Kyrgios needs at this time. He can spend the next few months getting refreshed and back into the right mindset before returning for the Australian Open early next year. But now that the 26-year-old has slipped all the way down to 95th in the world, it feels like another bad season or two could be the end of his professional career.

He has already confirmed that he probably won’t play in the Laver Cup again, and whilst he still plans to give his all while on the court, it certainly doesn’t seem like he is planning a long-term future in tennis.

“I feel like I have nothing left to prove to myself. I’m incredibly proud of what I have achieved,” Kyrgios added. “Where I go from here, everything’s a bonus. I’m playing Laver Cup again, and I’m not going to lie, I think this is my last year I will probably play Laver Cup.

“As long as I’m on the court, I will try and give my best, but I’m not going to lie and say that I’m going to plan to play four or five more years on tour – that’s just not me.”

It would be a great shame to see Kyrgios hang up his racket at such a young age and with his prime years still ahead of him. But at the same time, there is still no sign that he is going to play to, and fulfil, his true potential, which saw him rise to 13th in the world back in 2016.

Just how much does he have left to give? He often looks frustrated and ill-tempered when out on the court, and that has got to be chipping away at him both physically and mentally. It definitely feels like the beginning of the end for Kyrgios, and whilst tennis fans will have their own opinions of the dogmatic Australian, as long as he walks away happy with what he has achieved in his career, then nothing else can be said! 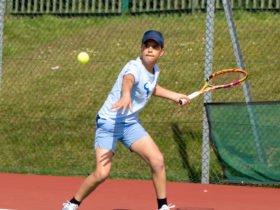 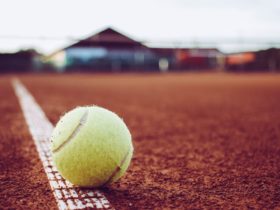 Sabine Appelmans Looks Back On Her Toughest Games 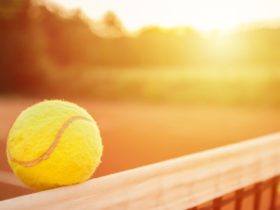 Dan Evans to Learn From US Open Lesson