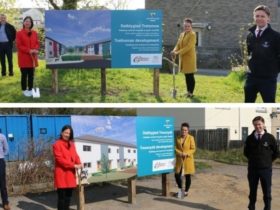 A Welsh landlord had been ordered to give back almost £4,000 that was paid to him while operating without a licence.

The financial consequences of failing to comply with Rent Smart Wales are hitting home for Lee Jones of Albion Road, Baglan, Port Talbot after the Residential Property Tribunal (Wales) awarded the full sum applied for by Rent Smart Wales in their application for a Rent Repayment Order.

Earlier this year, Mr Jones pleaded guilty at Cardiff Magistrates Court to operating as an unregistered and unlicensed landlord and was fined and ordered to pay costs of over £400. Mr Jones now faces having to repay a further total of £3,983.44, the amount of housing benefit he received for the tenants in his property between February and December 2017.

Under the Housing (Wales) Act 2014, all landlords with property in Wales must register with Rent Smart Wales while self-managing landlords and agents must also be licensed. Under the legislation, applications can be submitted to the Residential Property Tribunal (Wales), theindependent tribunal forresolvingdisputes relating to private rented andleaseholdproperty,to claim back any rent paid during the period a landlord was unlicensed.

“This is a first for Rent Smart Wales – the first Rent Repayment Order for an unlicensed landlord and another avenue we can pursue for those who have been convicted of non-compliance with the scheme. It is not fair for landlords who evade compliance to benefit financially from operating illegally, while the vast majority of landlords are complying.

“This first Rent Repayment Order should serve at a stark warning to the minority of landlords who continue to be unlicensed. They face not only prosecution for non-compliance, which if successful will result in a fine and a criminal record, but if convicted, they could also be handed a Rent Repayment Order to hit them in the pocket.”