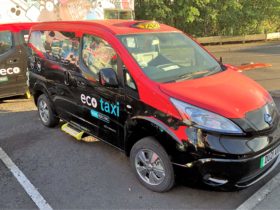 CAMPAIGNERS including actors, writers, musicians, environmentalists, political activists and resident groups are urging the public to put pressure on Welsh Government to halt plans for a new M4 motorway in South Wales; set to cost an estimated £1.5bn.

The Welsh Government is reviewing the results of a public inquiry into a new stretch of road to avoid congestion on the M4 around Newport, with the preferred solution currently being the ‘black route’, a diversion that will slice straight through the Gwent Levels, devastating one of the UK’s most ancient and environmentally diverse landscapes.

With the public inquiry now closed, ministers are likely to come to a decision on the M4 in the autumn and as the leadership election campaign for a new First Minister in Wales begins, campaigners believe there is a final opportunity to convince ministers to re-think and go ahead with a cheaper, more progressive and sustainable solution to the congestion issue on the Newport stretch of the M4.

A diverse group of opponents to the road – including Super Furry animals keyboardist Cian Ciaran, Newport filmmaker Darragh Mortell, former journalist and adviser to Jeremy Corbyn, Steve Howell, as well as environmental charities, Welsh musicians, residents, small business groups and politicians. They are united in telling Welsh Government that they believe the M4 black route will be hugely damaging; wasting money, devastating wildlife and going against the Wellbeing of Future Generations Act. You can join in the campaign using the hashtags #NoNewM4 and #DimM4Newydd to tell the First Minister (@fmwales) to stop the Black Route.

Campaigners also argue that the plans will not benefit the whole of Wales. Despite costing an extortionate amount to the Welsh public purse, those living in north, west and mid-Wales are unlikely to gain any benefit from the spending, but people in South West England will. Welsh Government’s own analysis of economic benefits show this clearly on their map submitted to the public inquiry.

Cian Ciarán is a musician and producer, originally from North Wales and performs with Zefur Wolves, Super Furry Animals and as a solo performer.  He added:

“Welsh Labour have a small chance here to redeem themselves after some of the recent decisions made at the Senedd -the withdrawal bill, rail franchise, the marine licence granted for Hinkley mud dumping, cuts to the school uniform grant, the independent living grant, the education improvement grant and Communities First.

“We don’t want this impending decision regarding the M4 to add to an already long list of disappointments. There are sustainable alternatives and better environmental initiatives that could benefit the whole of Wales; so, let’s hope Welsh Government make a choice we can be proud of.”

“When it comes to economics, statistics show that any potential financial benefit would be felt only in a very small area of South East Wales and the West of England. When it comes to solving the traffic problem, research worldwide shows building more roads simply leads to more traffic. Future generations won’t thank us if we build the black route. Welsh Government should act to create a progressive solution to the traffic problem that is cheaper, more sustainable and one that Wales can be proud of.”

“Wales’ breath-taking wild places attract people from all over the world, but this beautiful country is not just our home, it is also home to some of the rarest wildlife in the UK. The Gwent Levels is one of our wildlife sanctuaries, home to the rare shrill-carder bumble bee and the beautiful common crane. This stunning bird has returned to breed on the Gwent Levels after a huge conservation effort which has brought them back from the brink after an absence of 400 years from Wales. Not only would the M4 diversion devastate this rich and unique Welsh landscape, it would use a significant amount of the money, which we think would be better invested for the benefit of our children and grandchildren, in truly sustainable transport improvements, and protecting our wildlife and climate.”