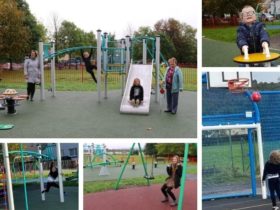 New Caerphilly play facilities are a hit with locals

Family-run housebuilder Llanmoor Homes is excited to announce the formal approval of plans and commencement of ground works at the company’s second development in Caerphilly Borough.

The development will use the name of the historic fourteenth century St Barrwgs Church as part of its marketing name of Cae Sant Barrwg. A total of 240 homes are proposed at the development off Pandy Road, Bedwas, and will include a choice of 14 of Llanmoor’s most popular two, three and four-bedroom designs.

Llanmoor will provide a total of 60 properties (25% ) of the total by way of affordable housing in accordance with the Welsh Assembly Government target to provide more affordable homes for those who are unable to access the housing market via the open market purchase route.

In addition to the affordable housing provision, a number of further benefits will result directly from the development taking place and include provision of a Multi Use games area, a Local Equipped Area of play, various open space areas, contributions towards Travel plan initiatives, sustainable travel vouchers for new residents and a Community infrastructure levy contributing to local area transportation and school improvements. The value of these provisions and contributions, excluding the affordable housing provision will amount to well over £1.25 Million .

The company is also currently building at Hawtin Meadows which is located just off the A4049in the village of Pontllanfraith, Caerphilly, making Cae Sant Barrwg its second Caerphilly development.

“We are extremely pleased to announce a second development in Caerphilly. It’s a great area and it’s such a positive thing to see so much of a focus on the regeneration of the region – as a company we’re committed to being a part of this. The demand for our homes at our Hawtin Meadows development has been exceptional and based upon the level of early enquiries, Cae Sant Barrwg should be just as popular. We would hope to have a sales presence on site later this year and strongly encourage those interested to register their interest in the development now “ 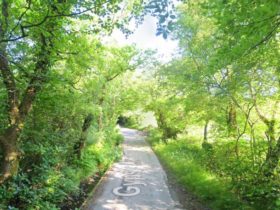 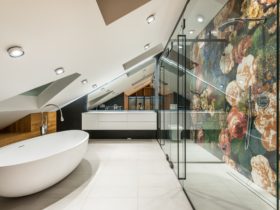