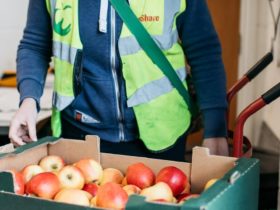 Internet sensation Michael Spicer is bringing his highly anticipated live show, The Room Next Tour to Cardiff’s The Gate this weekend.

Hot on the heels of the publication of his first book The Secret Political Adviser: The Unredacted Files of the Man in the Room Next Door, Michael Spicer’s The Room Next Tour provides an entertaining insight into the internet sensation of 2020.

Michael talks about his life making comedy under the radar, his viral hits of the past and of course, brand new Room Next Door sketches.  This is a unique opportunity as the man from The Room Next Door finally leaves his room behind and walks out live onto the stage.

Michael Spicer is a comedy writer, actor, director and the creator of the viral sketch, The Room Next Door (50 million views and counting). After several months posting the videos on social media, Michael made his Room Next Door debut on The Late Late Show with James Corden earlier this year, and also featured on BBC Two’s The Mash Report. The Room Next Door has also resulted in a Radio 4 series which is due for broadcast later this year, the pilot of which won a British Comedy Guide award for Best Radio Sitcom and a TV adaptation which is currently in development with Zeppotron. Michael also has a book The Secret Political Adviser which was published by Canongate in October 2020 and is the recipient of Chortle’s Internet Award. He has also spoken about his creation on Newsnight.

Speaking about his debut tour, Michael Spicer said: “This tour is going to be a thrilling experience for me, not only because it is the realisation of something I’ve been dreaming about and working towards for years but also because I’ll be outside of my house. I hope audiences will be equally thrilled about being outside of their houses.”