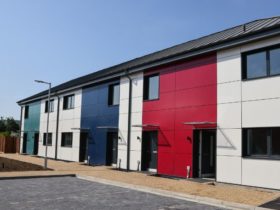 Hot on the heels of Hollywood stars including Judi Dench shooting scenes for a major new movie in Llandeilo and other beauty spots close by, Carmarthenshire Council is making it easier than ever before to film in the county.

The council has launched an improved filming opportunities section of its website to make the process of scouting and booking filming locations as hassle-free as possible for movie-makers and TV production companies.

As well as dealing with initial enquiries, the council is also on hand to help with filming permits, logistics, community engagement, traffic management, parking, accommodation and hospitality.

Dame Judi was in Carmarthenshire earlier this summer to film scenes for Six Minutes to Midnight, a conspiracy movie set in the build-up to World War Two that also stars Eddie Izzard. Other movies and TV programmes part-filmed in the county include King Arthur, Da Vinci’s Demons, Top Gear, Keeping Faith, Carrie’s War and Hinterland.

“Carmarthenshire offers a huge variety of scenery for the TV and movie industry, including sweeping beaches, historic buildings and mile after mile of picture postcard countryside.

“So many stars have visited Carmarthenshire to film scenes for movies and TV programmes, which raises the profile of the county, boosts an already thriving tourism industry and benefits businesses because of large production crews who visit our local shops, hotels, bed and breakfasts, restaurants and pubs.

“But as a council, we can’t rest on our laurels in our drive to further put Carmarthenshire on the map. That’s why we’ve done all we can through the one-stop portal on our website to make the process of scouting and booking potential filming locations as seamless as possible for TV production companies and movie-makers.”

Also due to open at the University of Wales Trinity Saint David’s Carmarthen campus this autumn is a creative digital cluster called ‘Yr Egin’ that’s set to be part-funded, subject to the approval of a business case, by the £1.3bn Swansea Bay City Deal.

Welsh language broadcaster S4C is already on board as the development’s anchor tenant.

“As well as the county’s rich, stunning scenery and communities that embrace film crews, developments of this kind also mean expert support and facilities are available close at hand for the TV and film industry.”