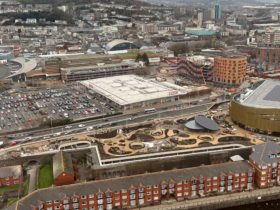 Jason Shaun Farrell, 49, has been charged with the murder of Sammy-Lee Lodwig, 22.

Farrell is remanded in custody and is due to appear at Swansea Magistrates’ Court today (Monday, April 29th).

Miss Lodwig’s family have been updated and continue to be supported by family liaison officers.

“I would like to thank those who have already provided information in relation to this murder investigation and, while a person has been charged, I am still keen to hear from anyone else with information which might be relevant.

“We would especially like to hear from those who would have been in the Carlton Terrace and Mansel Street areas of Swansea between 4pm on Monday April 22nd and 4am on Tuesday April 23rd.

“At this moment in time we are not looking for anyone else in connection with this matter.”