A CARDIFF Devils coach – who combines his successful career on the ice with his role as a cancer scientist – enjoyed a different end to a training session when his players wore orange tutus and colourful socks to launch the Stand Up To Cancer campaign in Wales.

The players swapped their traditional red, black and white kit for orange and twirled on the ice for this video to support Stand Up To Cancer’s ‘unpredictable dress up’

challenge – where supporters pay or get sponsored to wear something completely unexpected for a day at work, school or home.

Stand Up to Cancer, a joint fundraising campaign from Cancer Research UK and Channel 4, unites scientists, celebrities and communities across the UK, raising money to take developments from the lab and transform them, quickly, into brand new tests and treatments.

Assistant Coach Luke Piggott is passionate about the campaign as he trains the Devils every Tuesday to Friday morning and then heads straight for the laboratory at Cardiff University to discover new treatments for breast, pancreatic, bowel, lung and prostate cancer.

Luke, who joined the Cardiff Devils as a player in 2010 and became a scientist in 2012, said: “We are thrilled to be launching Stand Up To Cancer in Wales as it’s cause that’s close to all our hearts.

“I have lost three friends to cancer and another friend has recently been diagnosed with breast cancer. There was a big loss in the hockey world recently as the wife of ex-player, Mark Thomas, died from breast cancer just last week. It’s definitely a disease that affects everyone in some form.”

Luke, 33, says knowing people close to him affected by his disease inspires him in his career at the Wales Cancer Research Centre.

“My job is focused on developing new therapeutics for cancer patients and putting them into clinical trials,” said Luke. “Having personal experiences with cancer, both in the hockey world and in my own personal life, is a huge driver for me.

“You can see the direct impact that these new treatments can have on people’s lives and that’s something that pushes us forward every year to get something new to patients and help them with their disease.”

His two careers share many similarities. “My role in the hockey world is very similar to my research work as they are both very strategic,” said Luke. “There’s a lot of thought process that goes into every day and there’s also the analysis portion of both roles that cross over in many ways.”

Luke said: “The public’s support is of prime importance to the work I do. Without donations and the public helping with fundraising initiatives like Stand Up To Cancer, we couldn’t continue with our ground-breaking research at universities.”

Luke, who has been an assistant coach since last year, is proud of how the players support charities like Cancer Research UK.

He said: “The guys are awesome when it comes to supporting charities and community projects. I didn’t give them any warning and they were more than willing to wear tutus and do twirls on the ice to help raise awareness. It’s always great seeing the guys wanting to support such worthwhile causes.”

Stand Up To Cancer is supported by a host of stars including Davina McCall, Alan Carr, Maya Jama, Greg Rutherford and Joe Lycett.

Ruth Amies, Cancer Research UK’s spokesperson for Wales, said: “We’d like to say a huge thank you to Luke and the Cardiff Devils for their colourful support. We hope their transformation will inspire people across Wales to find their own fun way to raise money.

“Whether it’s accountants transforming into punks, police officers dressing as burglars or teachers donning school uniforms, the unpredictable dress up is a fun and easy way to get involved and raise money.”

People in Cardiff are being encouraged to get involved in Stand Up To Cancer’s Fortnight of Fundraising between 11- 25 October by requesting a free fundraising pack.

They can choose to fundraise in their own way or pick from a host of fun-filled ideas, like the unpredictable dress up challenge, which will help to speed up life-saving research.

And for those who want to show their support for the campaign in style, a fun range of clothing and accessories is also available online.

In Wales, around two people are diagnosed with cancer every hour.

Ruth added: “By supporting Stand Up To Cancer, our supporters will be helping to fund game-changing research, to make a huge difference to cancer patients and their families.

“There’s been amazing progress in the past few decades and more people are surviving cancer than ever before. But one in two of us in the UK will develop the disease at some point in our lifetime. That’s why we need as many people as possible to get involved. There’s power in numbers and if we all work together we can defeat anything, even cancer.”

Since it was launched in the UK in 2012, Stand Up To Cancer has raised over £62 million to fund 52 pioneering clinical trials and research projects.

Right now, scientists are developing new tactics to boost the immune system’s ability to take out cancer cells. They’re creating cutting-edge technologies to detect cancer cells in the blood, which could transform the way cancer is diagnosed. And they’re using MRI to turn radiotherapy into a more precise, personalised and powerful anti-cancer weapon.

This autumn will also see a dedicated season of Stand Up To Cancer programming on Channel 4.

To get involved visit su2c.org.uk 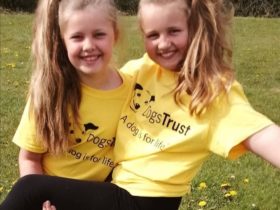 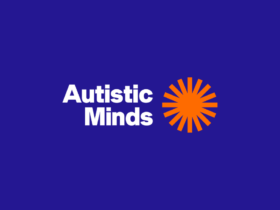 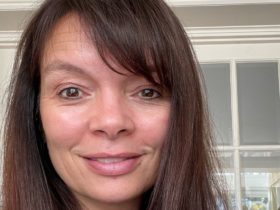