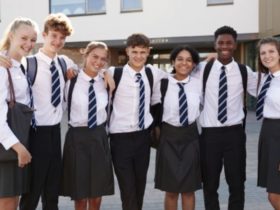 The Caerphilly Big Cheese is back this weekend (27th-29th July) promising to be BIGGER than EVER.

This annual festival brings together local and regional Welsh food & drink producers, as well an array of local groups providing entertainment for all to enjoy.

Entertainment is the life and soul of the festival with live music acts, choirs and dancers. Caerphilly Castle is transformed into a medieval encampment with re-enactment displays and battles. See what medieval life was like within the Castle walls and watch the villagers as they go about their daily tasks.

A huge traditional funfair is open throughout the festival along with many craft stalls lining the Castle’s moat. Children’s activities are plentiful with animal encounters, crafts, educational experiences and much more.

Timetable of re-enactments and events

These are the local groups from Caerphilly and further afield entertaining festival goers this weekend at the Caerphilly Big Cheese:

Taekwon-Do Wales Caerphilly is located in the Twyn community centre in Caerphilly town. The group teaches self-discipline to boost confidence, anti bullying and self-defence. It is a great way for local people to keep fit and is suited to all ages and abilities. They provide many classes within the week so it is available to anyone wishing to join in.

In their classes they teach traditional patterns, sparring techniques and developing skills in taekwon-do.

Come along to the Gwent Wildlife Trust stand to meet Martyn and his wild friends and learn where the very best local places for wildlife are and how you can discover them! Find out more about our fascinating local wildlife and learn what you can do to protect it. You can join Wildlife Watch – the UK’s leading environmental action club for children and families and take home fantastic magazines, quizzes and activities.

Mario’s Comedy Magic Show is witty, fun and has lots of humour. His show is family orientated and full of magic – creating a real magical experience to all those who watch. The finale of his show is guaranteed to have the audience clapping and cheering! Both audiences in the UK and internationally love his show.

Lady Vee performs a fun, family, magic show! She also performs in a duo act with Mario Morris with a finale that leaves the audience enthralled, stunned and mystified! Lady Vee has performed at Festivals, outdoor events and cities all over the world.

Y Cantref Breiniol are a battle re-enactment society, which attempts to recreate the early Middle Ages, primarily the 10th and 11th Centuries. Britain at this period was influenced by many different cultures. Saxon, Viking and Norman being the most commonly portrayed.

The local group Y Cantref Breiniol, is the Cardiff based branch of Regia Anglorum. They typically represent the native Britons of the period, who the Saxons named ‘Welsh’. Their group is often hired for displays by local councils, museums and other such bodies. For small local shows they can be hired directly. For large scale displays, Regia as a whole can be hired.

They focus on both military displays, using blunted steel weapons and on civilian craft displays, appropriate to the period. All Regia groups strive to maintain a high standard of authenticity. They make the majority of their own costumes and assist new members in learning about the period.

The ‘Company of Chivalry’ was formed nearly 30 years ago and is one of the premier 14th century groups in the UK. The group portray a military encampment at the time of Edward III during the period of our war with France, known as the 100 years war. The Company not only displays combat techniques of the period but also has a living history element which demonstrates the social and practical aspects of life in the second half of the 14th century. The group is well known for its attention to detail and undertakes its own investigations to ensure what we portray is as accurate as current research will allow. The reputation of the group goes before it and this has enabled them to work for English Heritage, CADW, local museums as well as being involved in various documentaries and films with amongst others, the BBC and ITV.

“Having been a teacher, I first went into heritage work when I was taken on in Llancaicah Fawr Manor to set up the educational work and the acting interpretation, eventually becoming manager. I set up my own company in 2005 and since then have worked in many Welsh heritage sites – both as a story-teller and as various historical characters. I have also had the opportunity to work further afield including several states in the USA and Ireland. As well as performing live, I appeared as the resident “witch” in the television series “Weird Wales” and as myself as a traditional herbalist in “Witches Brew” as well as one off performances such as being St. Teilo’s mother and a retired gladiatrix!!”

Blaeddau Du are a South Welsh branch of the Vikings dark age reenactment society the largest in the U.K. Their group portray the hiberno Norse Vikings that fought for the Welsh king in South Wales. c950 have combat displays throughout the day as well as living history displays of traders, cooks and many different crafts form the period. Their society pride themselves on being 100% authentic in everything they do and there’s the kiddy vike, where they let your little warrior form a shield wall and after a short time training they charge the Vikings and win the battle.

The Freemen of Gwent are a re-enactment group primarily based in South Wales, although they have members located far and wide across the country. The group portray the period from 1350 to 1420, which takes in the early years of the 100 Year War, up to and beyond the Battle of Agincourt in 1415.
This period was overseen by Edward III, who was one of the most successful English monarchs of the Middle Ages. Restoring royal authority after the reign of his father, he went on to transform the Kingdom of England into the most efficient military power in Europe.
He remained on the throne for 50 years, and handed England into the care of Richard II, his grandson, who was only four at the time. Richard was deposed by Henry Bolingbroke in 1399 and so began the reign of the Henrys, that we know so well from the works of Shakespeare. 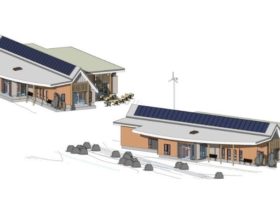