A Wrexham mum who almost died after developing a serious brain infection while pregnant has launched a new fundraising drive to help support other survivors of the condition.

Becky Rule, who works at Debenhams in Eagles Meadow shopping centre, Wrexham, was given an emergency C-section under general anaesthetic in January last year after attending the Wrexham Maelor Hospital with a severe migraine and confused speech the day before her baby was due.

The women’s wear manager and her unborn baby were found to have an extremely high heart rate, leaving doctors with little option but to operate for the safety of both mum and child.

Baby Jackson was born a healthy 8.13oz on January 3, 2019, and was moved to the hospital’s SCBU (Special Care Baby Unit) for observation for the next seven days.

His mum, meanwhile, was left fighting for her life after suffering multiple seizures the day after giving birth.

She was transferred to The Walton Centre in Liverpool – the only specialist hospital trust in the UK dedicated to providing comprehensive neurology, neurosurgery, spinal and pain management services – and spent the next two weeks in a medically-induced coma.

A lumber puncture revealed the 27-year-old had meningoencephalitis, also known asencephalomeningitis – an inflammation of the brain and its surrounding protective membranes. Resembling both meningitis and encephalitis, it can be caused by bacteria and viruses.

Becky’s partner, fellow Debenhams sales advisor Dan Harries, 25, had to take on the full care of the couple’s baby boy while his partner battled for life.

“I was given a 20 per cent chance of survival,” said Becky, who was brought up in Chester and now lives in Wrexham.

“My family were told that even if I did make it through, it was likely I would have no memory or be able to walk or talk. They didn’t know where in my brain the infection had hit and they couldn’t be 100 per cent sure of the outcome.

“I still don’t know how I got it. I had a perfect pregnancy and worked right up until I was 38 weeks. I didn’t have any morning sickness, I was fine.”

Doctors gave Becky steroid injections to reduce the swelling on her brain as a last resort before operating. The treatment worked and Becky was brought out of her coma two weeks after giving birth.

She finally met Jackson in an emotional reunion in hospital, which was captured on video, but Becky cannot remember anything of the experience. It would signal the start of a very long journey to recovery.

The illness has left her with short-term memory loss, loss of taste and the inability to feel full or hungry. It has even forced her to learn to read and write all over again.

The retail worker is now hoping to help other survivors in their journey back to full health by raising money for the Encephalitis Society which provides advice and support to people who have been affected by the condition and raises awareness of the condition globally.

Becky will be joined by other members of her family when she takes on the Color Obstacle Rush in Liverpool on 27th June which is the world’s biggest run combining colour, obstacles and music.

“They have been absolutely amazing,” said Becky, who has worked for Debenhams since leaving Upton-by-Chester High School in Chester at 16.

“The Society is run by doctors and people who can give real medical advice. They are people who want to help rather than focus on the negatives.

“I went through the stage of feeling lucky to be alive but I’m still struggling with the side effects like difficulty reading and writing. My short term memory is a problem and I forget things.”

Becky said it had been a huge challenge to navigate her way around patient forums and information pages around the condition, and the Society had provided an invaluable source of help as well as a voice she could trust.

She has set a target of raising £2,000 in aid of the charity in gratitude for their support – and has already secured £600 worth of sponsorship.

Among those supporting Becky are her colleagues at Eagles Meadow, who rallied around raising money for the couple when Jackson was born to help cover their additional expenditure. They have also organised ongoing fundraisers for the Maelor’s SCBU unit which helped look after Jackson initially.

Debenhams manager Torrey Winter said: “Becky and Dan have endured a terribly traumatic year and we are so grateful that they are now home as a family with Jackson.

“The support and medical care Becky received during her illness was exceptional and I’m sure many of the team will be keen to sponsor her fundraising activities to help other people who have been affected by the condition.”

Oana Mocanasu, Eagles Meadow Marketing Manager, agreed with Torrey and added: “We have been so touched to hear about Becky’s story and the support she has had from her colleagues at Debenhams.

“It’s wonderful to hear everything is going well for Becky and her family and finding the time to now also raise money to help others affected by the condition is admirable.

“We wish them all the very best with the run and their fundraising.”

Becky spent five weeks in hospital and believes her decision to get checked out quickly probably saved the life of her baby son.

“I thank God I went in as fast as I did. I was so lucky I had an emergency C-section and nothing was transferred to Jackson,” she said.

“Jackson was my absolute priority. I just wanted to be home and be a family.

“But I still couldn’t talk. Even when I came home I could only say odd words. It was weird. For ages I kept saying lilac.

“I struggled to hold his milk bottle. At first, I’d have to set alarms on my phone to remind me of milk feeds.

“Essentially, they’ve said I needed to start again. I need to teach myself as if I were a child again. I’m nowhere near 100 per cent. I spent a lot of time practising but it’s difficult when you have a young baby.”

Becky, who is returning to Debenhams as a part-time sales supervisor in April, credited her partner Dan for keeping everything together and encouraging her progress.

“Dan was amazing. As soon as Jackson was out of hospital he brought him to see me,” she said.

Dan, who met Becky two years ago at the store, said he had tried to be as positive as he could to help his partner.

“There was no feeling it was just shock. The doctor came in to us and said it was an infection on the brain and to prepare for the worst,” he said.

“But we convinced ourselves she’d be ok. Some people are so unlucky. With what happened it could’ve been much worse. You just have to get on with it.”

Despite trying to remain calm, he did not expect to be thrown in at the deep end with baby duties quite so quickly.

“I remember when everyone went home I kept listening to him breathing,” he said.

“In hospital he was used to noise so when he came home he would wake up because it was so quiet. I used to keep all the lights on where he slept and find the longest episodes of Netflix, just so he wouldn’t wake up!

“I wasn’t nervous when I found out I would be a dad. I didn’t expect the outcome but I knew I’d be fine as a dad and it’s all turned out ok.”

The couple try not to dwell too much on what happened and are looking forward to the future.

“We were so excited for Jackson and then this happened but it is what it is. I’m still here with my two men and it’s all that matters,” said Becky. 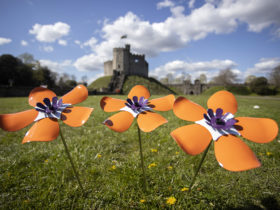 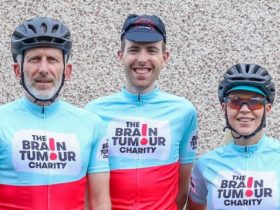 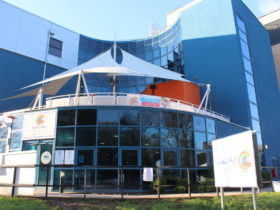