South Wales Police is investigating the death of an elderly man following an incident in the Rhondda earlier yesterday (Tuesday 5th May).

Shortly after 1.45pm yesterday, police officers were call to a serious incident at a convenience store on Tylacelyn Road in Penygraig in the Rhondda.

An elderly man has died, another man is in a stable condition at the University Hospital of Wales and two other people have suffered non life-threatening injuries.

A 29 year-old woman from Porth has been arrested on suspicion of murder and taken to Merthyr Tydfil police station.

Detective Chief Inspector Mark O’Shea of South Wales Police’s Major Crime Investigations Team said:  “This is a very tragic incident and one man has died and his family is being supported by specially trained police officers.

“Our thoughts and condolences remain with the victim’s family at this very sad time.

“This incident will have understandably caused a lot of shock in the local community and I want to reassure residents that a full investigation has been launched.  However, we are not looking for anyone else in connection with this incident.”

South Wales Police is appealing to any witnesses who have not yet come forward to contact them on 101 or Crimestoppers anonymously on 0800 555111 quoting reference 2000153856.

Information and digital media, such as mobile phone footage, can be submitted online athttps://mipp.police.uk/operation/62SWP20B12-PO1 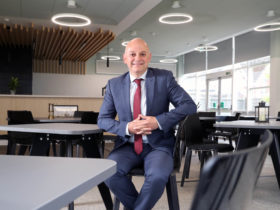 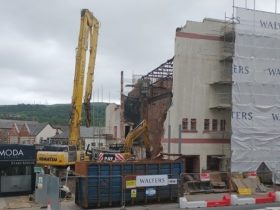