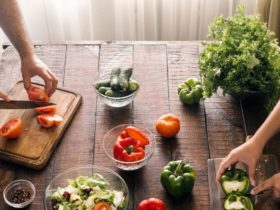 Emergency services were called to woodland near Brookfield Drive at 7.13am today.

[aoa id=”1″]Although formal identification has not been carried out, the body is believed to be that of a 32-year-old Cardiff man.

Next of kin has been informed and they are being supported by specially trained liaison officers.

Detectives are carrying out house to house enquiries and scenes of crime officers are conducting forensic examinations of the woodland.

An incident room has been set up at Cardiff Central Police Station and an appeal for information has been issued. [/aoa]

This is not linked to the on-going murder investigation of missing man Mohamed Mergherbi in Llanedeyrn.

“We appreciate having two murder investigations in such close proximity might be a concern particularly for communities in the east of Cardiff.

Officers are keen to speak to anyone who was in the Brookfield Drive area from midnight on Wednesday, November 21 to 7.13am on Thursday, November 22.

Anyone who may have CCTV or dash-cam footage or any other information is asked to submit information via the Police Major Incident Public Reporting Site:  https://mipp.police.uk/operation/62SWP18A71-PO1