They were the highest placed competitors in the National Young Traders Market Competition regional final held in Swansea city centre.

The South Wales final was hosted by the council-managed Swansea Market. The event was funded through the Welsh Government Transforming Towns Town Centre Business Fund.

Council joint deputy leader and cabinet member David Hopkins said: “Our judges were impressed with the quality of the offers and the ambitions of the young traders.  We wish them all the very best as they continue their endeavours in market trading.”

Swansea Market traders showed their support of the young traders.

Wayne Holmes, of Market Spares, said: “It was fantastic to see the next generation of traders with products that you don’t normally find in a traditional market.”

Ian Curtis, of Storm In A Teacup, said: “It was encouraging to see young traders starting out in their businesses. Hopefully they’ll join us permanently in our market soon.”

The competition, open to any young trader aged 16-30, is run by the National Market Traders’ Federation (NMTF).

The national final is due to take place in Stratford upon Avon on August 25 and 26. 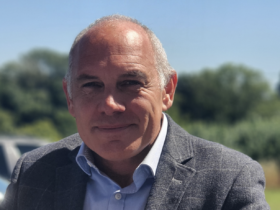