One of ABMU’s most senior figures has been recognised by a national organisation which raises the standard of patient care by improving medical leadership.

Medical Director Professor Hamish Laing has been unanimously accepted as a Founding Senior Fellow of the Faculty of Medical Leadership and Management.

The FMLM is the UK’s professional home for medical leadership.

It was founded in 2011 by all the UK medical royal colleges and faculties, and is endorsed by the Academy of Medical Royal Colleges.

Its main objective is to raise the standard of patient care by improving medical leadership.

Senior fellow is the highest level in the faculty and is limited to those who have shown exceptional and established leadership at board or system level.

Professor Laing has worked for the NHS for 34 years and ABMU and its predecessor organisations for 24 years.

During his time with the health board he has provided clinical leadership across a range of services, including overseeing the growth of the Welsh Centre for Burns and Plastic Surgery in Morriston Hospital.

He also established and led the South Wales Sarcoma Service, and led the Changing for the Better programme and, more recently, the NHS contribution to the Swansea Bay City Region Deal.

Professor Laing co-chairs the ARCH service transformation board and, in his role as ABMU’s Chief Information Officer, has played a significant role in transforming services using digital technology.

Professor Laing said: “I am very honoured to have been accepted as a Founding Senior Fellow of the FMLM.

“It’s a brilliant organisation that has great resources and can support doctors at every stage of their career to be better leaders and deliver better outcomes.

“I would encourage every doctor to have a look at their website and consider joining.”

Professor Laing has been invited to attend a Fellowship Ceremony at the 2018 Leaders in Healthcare Conference in Birmingham in November.

The most inappropriate calls to the Welsh Ambulance Service revealed 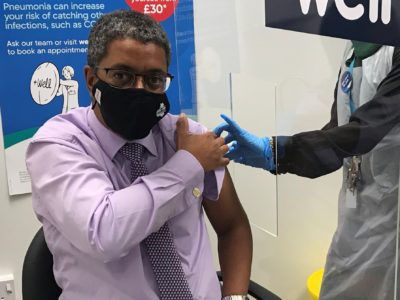 Free flu vaccine now available for over 50s across Wales