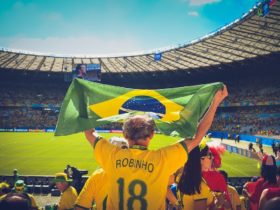 Wales will kick-off their 2020/21 Nations League campaign on Thursday, September 3, with a tough looking trip to face Finland.

The two sides have been drawn in Group 4 alongside Bulgaria and Republic of Ireland in League B of the tournament which was designed by UEFA to replace meaningless friendly fixtures.

Wales finished second in their group behind Denmark in the last edition of the Nations League, while Finland were one of four teams who won promotion from League C.

Read on as we take a look at some of the key talking points ahead of the game and predict who think will start the tournament with a victory.

Wales will head to Finland in a buoyant mood having secured qualification for the 2020 European Championships in their most recent outing.

An impressive 2-0 victory over Hungary back in November sent Wales through to their second successive finals and sparked wild celebrations at the Cardiff City Stadium.

The Nations League will now serve as the perfect warm-up for Ryan Giggs’ team ahead of their participation in the Euros next summer.

Wales are rated as 19/10 shots in the latest football betting odds to pick up three points in Finland and they could be a good value wager to do just that.

All Eyes on Bale After Madrid Row

The Finland game will undoubtedly prove to be a welcome break for Gareth Bale following his well-documented troubles at Real Madrid.

His rocky relationship with manager Zinedine Zidane appears to be broken beyond repair, with the Frenchman seemingly intent on making Bale’s life as miserable as possible.

Bale has spent more time playing golf than football in recent months and he asked not to travel to England during August for the Champions League tie at Manchester City.

The 31-year-old is likely to be cross-questioned heavily by the media whilst on international duty and it will be interesting to see if he takes aim at Zidane over his treatment.

Stoke City midfielder Joe Allen will miss the trip to Finland as he continues his recovery from a ruptured Achilles tendon.

The 56-international has also been ruled out of the Bulgaria game three days later and is not expected to be available for the start of the Championship season on September 12.

Allen suffered the injury back in March, but after undergoing surgery he has made excellent progress with his rehabilitation.

The 30-year-old could be back in contention for Wales’ three fixtures in October, which include a friendly against England at Wembley Stadium.

One of the biggest decisions that Giggs faces ahead of the Finland game is whether to include Manchester United winger Daniel James in his squad.

The 22-year-old endured a difficult first season at Old Trafford and looked to be badly in need of a rest towards the end of the campaign.

The Red Devils have been granted additional time to recover following their run to the Europa League semi-finals and they are unlikely to be happy if James is called up.

Having played as a winger during his career Giggs will understand the challenges James faced last season and may decide to omit him on this occasion.

Williams and Dodge in Line for Call-ups

There have been plenty of rumours circulating that both Neco Williams and Christian Doidge could be in line for call-ups for the Finland game.

Despite being capped by Wales at youth level, there has been talk that Williams may decide to represent England in senior internationals.

He qualifies for the Three Lions via his grandparents, but Giggs could decide to secure the services of the right-back by selecting him against Finland.

Doidge is also in the reckoning after producing some impressive performances for Hibernian in the Scottish Premiership.

Wales have failed to beat Finland in their last four meetings, with their most recent victory coming in a European Championship qualifier back in 2002.

The two sides have faced each other four times since then, with Finland winning two and the other two games drawn.

Wales should have won the last encounter in November 2013, but Riku Riski’s late goal sealed a 1-1 draw in a friendly fixture at Cardiff.

The Finns qualified From Group J behind Italy for the 2020 Euros and they are likely to be a tough nut for Wales to crack.

Finland vs Wales Prediction: Finland won four of their five matches at home during the Euro qualifiers and will fancy their chances of defeating Wales.

However, Giggs’ team are unbeaten in their last six outings and have conceded just three goals during that period. On that basis, a 0-0 or 1-1 draw looks the most likely outcome.