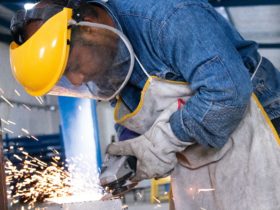 With warnings that this winter could be one of the harshest for more than a decade, one local company is acting early to ensure it does its bit to help the homeless.
Low Cost Vans (LCV), a Neath-based van leasing company, is taking the phrase ‘meals on wheels’ literally as it aims to fill one of its biggest vehicles to the brim with food, which it will then donate to a Neath food bank.
For the month of November, it will add a bag-full of an assortment of non-perishable foods to the van for every vehicle sold, and is also seeking donations from staff, customers and passers-by that will allow it to fill it.
Harsh winters can be devastating for the UK’s homeless population. A report by the Bureau of Investigative Journalism (BIJ) suggested some 77 homeless people died in the winter in 2017, almost double the 33 who died in 2013.
Zoë Ling, project executive, said:

“We have been doing our annual collection for the food bank for many years now and our mission has always been the same – to reach out to those in need and do our bit for the community. Every day we hear more and more reports about the kind of dangers that vulnerable individuals face on the streets, and we wanted to make sure that during the coldest time of the year, we had a hand in making that experience more bearable.”