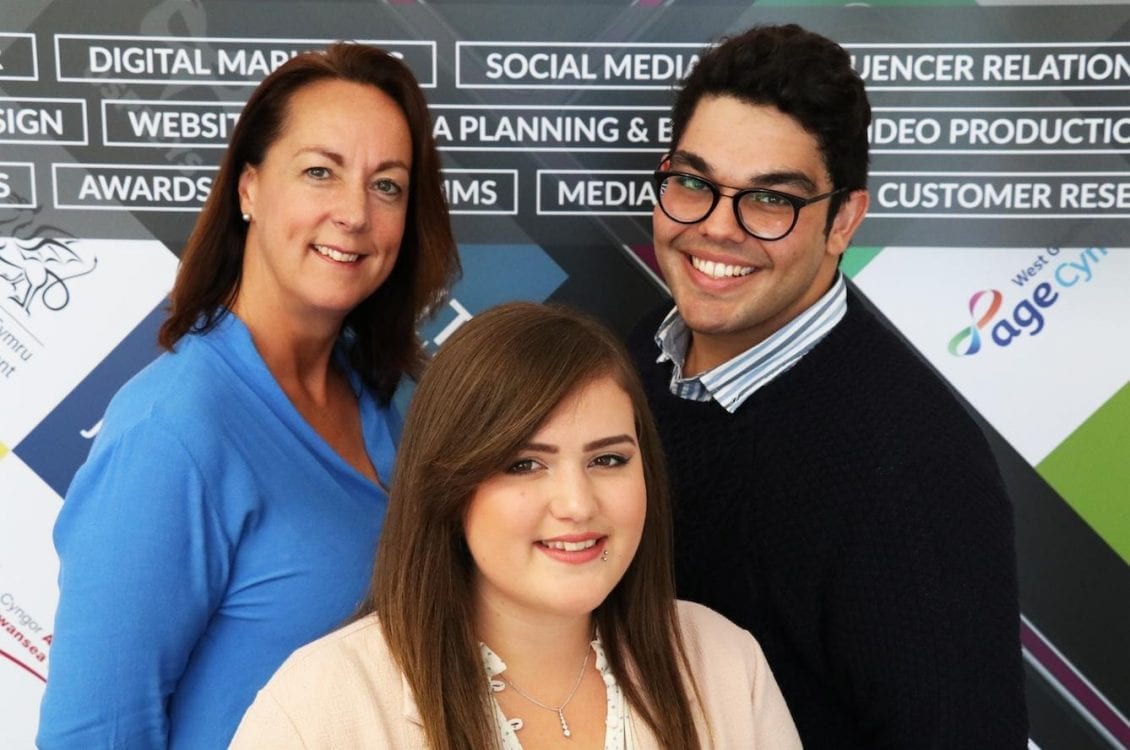 A state-of-the-art new office development in Swansea is now taking shape at a spot where revellers once partied the night away.

These photos show recent progress on foundation works for the 71/72 Kingsway scheme that’s located at the former Oceana nightclub site in the city centre.

Depending on your generation, you may also know the site as Top Rank, Ritzy’s or Time and Envy.

Now the site is set to become a five-storey office development with space for 600 workers in the tech, digital and creative sectors.

Developed by Swansea Council, the 71/72 Kingsway scheme will be carbon zero in operation and worth £32.6 million a year to the city’s economy.

Bouygues UK – the council’s main contractor for the development – are now making preparations for the construction of the building’s giant frame in the coming months, with tower cranes already on site to assist.

The 71/72 Kingsway scheme is part-funded by the £1.3bn Swansea Bay City Deal and supported by the European Regional Development Fund through the Welsh Government.

Cllr Robert Francis-Davies, Swansea Council’s Cabinet Member for Investment, Regeneration and Tourism, said: “In Swansea, we know from discussions with businesses that there’s a shortage of this kind of top quality, flexible office accommodation which means some of our young business talent has had to leave the city to set up elsewhere.

“We need to be doing all we can to tackle that trend because these businesses create jobs for local people and generate more footfall and spending in our city centre.

“This development will help meet that need, while also benefitting from high-quality digital connectivity and modern spaces where businesses can network and collaborate.

“This scheme will complement the nearby ‘living building’ development being led by Hacer Developments where foundation works are also on-going. Schemes like these have contributed to Swansea recently being named by independent experts as one of the UK’s top five green cities to invest in.”

The 71/72 Kingsway scheme will include a huge variety of environmentally-friendly, sustainable features.

Due for completion in 2023, the development will include a green roof, solar panels on top of the building, trees on each level, underfloor heating and heat recovery systems to minimise energy use.

John Boughton, Managing Director of Bouygues UK in Wales and the West, said: “We’re delighted that the construction of 71/72 Kingsway – a key part of the history and infrastructure of Swansea – is progressing so well. We’re proud that the finished building will operate at net zero with a range of sustainable features, an ambition we hope to achieve across our builds.

“There is a big demand for high quality, sustainable office accommodation and this landmark building will help regenerate the area and local community. The mix of commercial and office space is going to be a huge asset to the city.”

There will also be a rainwater capture feature, helping with water supply to plants and trees in and around the building.  Glazing throughout the development will allow natural light into the building, further reducing energy consumption.

Greenery on a new pedestrian link between The Kingsway and Oxford Street also forms part of the development.

The building – within minutes of the city’s main bus and rail stations – is located on an active travel route, with recent improvements on The Kingsway providing wide walkways and cycleways.

There will also be a bus stop immediately outside the building.

Made up of the former Woolworths unit and a new adjoining 13-storey structure, the nearby ‘living building’ scheme, which is earmarked for completion by the end of 2023, will include green walls and green roofs, an educational facility, retail, offices, a landscaped courtyard, rooftop solar panels, battery storage and gardens.

Further scheme features include an urban farm-style greenhouse set over four floors. Plants and vegetables will be grown in water and fed by waste pumped from fish tanks at the bottom of the building.